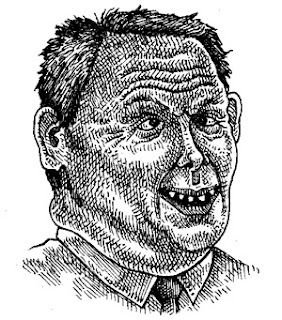 I was going to write about how Texas seems to have more than its share of off-the-wall politicians, but additional research showed that my first impression was wrong. (The resulting post here.) Nonetheless, the pursuit of knowledge has many rewards! As part of my research, I decided to search for lists of the worst members of Congress.

In accordance with the charge that the internet is biased, my discoveries list more incredibly bad GOP members of Congress than Democrats. Bearing that bias in mind, let's look at the carnival of congressional jerks:

I was truly disappointed not to find a conservative-flavored list. Searching deeper into the Google results, I found a few other lists worth noting:
Still no luck finding a conservative list of the worst of Congress. If you have that hankering (and I did), you'll have to settle for Town Hall's list of worst liberal quotes. What a disappointment that conservatives as a group or a movement can't put together a better list than that.

What's always amazing is how many of these nincompoops show up back in Washington, making huge dollars as lobbyists. Who says that there isn't life after politics?

@PJ, do *these* guys end up as lobbyists too? I'd want a smarter person working as my lobbyist.