Links, for the few other things happening

This is many months of links, perhaps since the election in November 2020.

The GOP decides no post-mortem needed on the election. Let's trade farfetched theories instead. Dems are worried at the gains Republicans made. And, naturally, the GOP wants to make it harder to vote again. Not exactly pro-republic values.

The Kansas City Star newspaper apologized for decades of racist and biased coverage of black folks. Yes, of course it happened. If this is seen as white guilt or pandering, I want to shoot someone.

Texas had a deep cold snap that devastated its power grid and its water pipes (in houses and the mains). A lot of conservatives were blaming green energy (because they want them as a scapegoat), but the governor placed blame on the failure of their regulations.

Witty column about CPAC, the conservative convention. This year it's 99.99% Trump fealty.

Cuomo's sexual harassment, teasing, and pressure is similar to what is still found in many companies.

Marjorie Taylor Greene, the Qanon nutcase who won a House seat, may not have much of role in current events within a few months. However, she is getting a lot of attention now for some of her bizarre beliefs, prior statements, and current political antics.

How big an impact did slavery have on the US economic system? Are claims by black Americans that they built the US true? I hope to find out more about this important question. It's certainly possible because cottom made up (by dollar) more than half of US exports during some periods in US history.

Big Pharma is trying to get closer to Dems because they looked like they would win the lion's share of power in the 2020 election.

Russian hackers. Maybe the Biden administration will make some progress.

China. Xi Jinping and his consolidation of power.

The condo collapse in Florida. It's being carefully investigated, but there were known structural problems, but the condo board wasn't able to raise the money for the repairs. 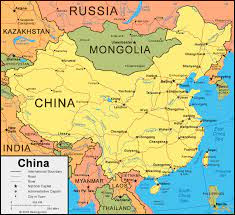 Posted by ModeratePoli at 9:20 PM