One risk in the next election

In case you haven't noticed, my biggest concern throughout this blog has been the deficit, and it's my focus still in my thinking about who I favor in the 2012 election. There is a scenario that especially scares me: one-party domination.

In the last decade, the worst economic moves have been made when one party had control over the presidency, the House, and the Senate:
At the 2012 election, we are facing the possibility of all three bodies in Republican hands. (I don't see the Democrats recapturing the House, and they have a better than 50% chance of losing the Senate.)

That worries me because I recall what the Republicans did last time they held the triple crown. We can't afford more Bush-type tax cuts, but I don't trust newly elected Republicans to see it that way. Many Republican candidates are promising major tax cuts already.

Although the Republicans have been stalwarts on balancing increased spending with revenue (or revenue gimmicks), we've seen before how quickly they abandon all that good sense when they direct the deficit spending. As painful as gridlock and obstruction may be, at least there is one good result: less spending and no big tax cuts. 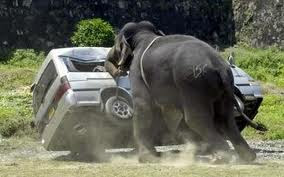 I agree up until your conclusion. How does voting a Democratic ticket encourage divided government?

Since our fair state is a dark shade of blue, I prefer to cast a third party protest vote. If MA is ever in play, the GOP is winning by a landslide anyway.

The Senate vote is an agonizing one for me. Brown is far more sensible on fiscal matters than Warren, yet his hawkishness could pose a problem... and what really gets me is his disregard for basic Constitutional rights. Sadly, I don't think Warren would be much better in either area, her "progressiveness" notwithstanding. At this point, I don't think I'll vote for either of them, although I expect that my conservative sympathies will be provoked by anti-Brown attack ads.

My conclusion follows from my argument, but perhaps I didn't explain well enough.

2. The House is going to stay Republican.

3. We'll need a Democrat in the White House (at least) and preferably the Senate too to keep looney Republican measures from being enacted.

I wouldn't vote a straight Democratic ticket if the House was Democratic--I'd be voting for Brown almost for sure.

When it comes to TV ads, stupid will be a given for this Senate race... but I was especially offended by the League of Women Voter ads run against Scott Brown. They were shameful lies and an unfortunate sign of what's to come.

"stupid will be a given for this Senate race"

I agree with you about the LWV. It's atrocious that they're becoming so partisan. They used to be fair (or relatively fair) arbiters.

But do you realize that we sound like crotchety old geezers yelling about these dang modern times? Save me, Lord.

Yea, I try to skew more eccentric than geezer, but it does happen...

@Couves, Not detained yet. You either, I guess. But a great semi-joke.

He will most likely veto almost everything that the congress sends him irregardless of which party is in power.

You fear of one party controlling everything is valid, but our government was not intended to operate this way. The Executive and Legislative branches of government were set up to be checks and balances to each other. Unfortunately, the two-party system has corrupted this balance, and the presidency has become nothing more than an advantage for one party in congress.

Rather than electing a president that is only loyal to his party, elect one that has loyalty to his principles and to the constitution.

The problem with your tactic, is that there is no way to coordinate it.

@dagoof, Thanks for commenting here. I've already covered a lot of the ground on why I fear a Ron Paul presidency in the comments here. If you don't mind, read and comment there so there isn't duplication in comment threads.

As for coordinating voting, polls are great help in that. They help me vote strategically and that's true with enough people. But you're right, the lack of coordination is a drawback of this idea.

ModeratePoli - If you live in Mass, then it may make more sense to wait until the election is closer to decide on the Brown - Warren race. If it seems likely that Obama will be reelected, then given your stated preference, you may be better served supporting Brown. If it seems that Obama is in trouble, then supporting Warren makes more sense. Almost certainly, your vote for president will be meaningless since Mass will go for Obama.

I am in NH and have the same calculation, but in terms of the POTUS. None of our Senators are on the ballot and I don't think the House is in play, but we are a swing state for the White House. So if I think the Senate flips, then I may support Obama. If it seems likely to stay Dem, then I will support the GOP unless the nominee is someone I can't tolerate.

I'm still waffling on who to support for president, and I won't decide until much closer to the election. As I said in comments here, I want someone in the White House who will prevent the stupids in Congress from enacting stupid policies. I'll just have to figure out who that is.

As for the Senate, I'm almost certain I'll vote for Warren. No matter who is president, I'd rather have Dems and Reid in charge of the Senate, not McConnell and the GOP. I haven't seen that Reid's mucked up the Senate. He's somewhat too tricksy (invented the non-recess, I've heard), but is a reasonable negotiator. I don't get that vibe from McConnell and most of the GOP senators.

Please check in again if you're interested in my struggle understanding politics and deciding how to vote this year.