Not too hot, not too cold, just right.

It's so hard to find a candidate who's just right. The Republican have been trying to find and draft "President Right" since 2009. Think of all the names that have been floated: Palin, Scott Brown, Marco Rubio, Mitch Daniels, Huckabee, Trump, Cain, Bachmann, Perry. Now there's talk of drafting Christie because he maintains his bulldog demeanor in all circumstances and no one can imagine him getting flustered.

This is reminiscent of 2007 when the Republicans went through these front-runners: Fred Thompson, Guiliani, Romney, Huckabee (any others?). When they eventually decided on McCain, it was with great reluctance. I remember long-time Republicans talking about holding their noses when they voted in the primaries, and again, if less so, in the election. Just after the election, they were again complaining that McCain wasn't a real Republican, and that's why he lost. If only the Republicans knew the same sentiment is endemic among the Progressive wing of the Democratic party, and their words are practically interchangeable with the words of their prime target.

Nothing cures that longing better than giving in, going whole hog, and picking a really strong conservative candidate. So the Republicans shouldn't pick Romney. He may be more electable, but he's walking buyer's remorse. They should choose a through-and-through conservative like Perry, Cain, or Bachmann. Then they'll either win the presidential election, and they can celebrate without reserve; or there will be a rocky campaign as the candidate either flubs the message or the country rejects the extreme version of conservatism.

If the election is lost with a strong conservative at the head of the ticket, Republicans will get the lesson they need: You can nominate a candidate who is too far right. Democrats got this lesson back in 1972, and they've never forgotten. That's why Nader or Kucinich can run in the Democratic primaries, but they'll never get close to the nomination. The Democrats learned that lesson but good. No repeat needed. 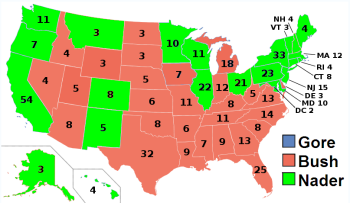 In A Progressive's Dream


Update 9/29/11. You have got to watch Jon Stewart's much funnier take on the Goldilocks situation. If you watch from the beginning you'll get to enjoy some ribbing of teachers, then continue with the clips for edgier jokes about Santorum, Perry, and Brit Hume. I recommend watching the whole thing.

Update 10/24/11. I've changed my mind.  The Republicans should think long and hard, realize that they are not doctrinaire in their conservatism, and pick Romney. There is no candidate who is both "very conservative" and "intellectually coherent."  It should be possible for the Republicans to find someone who is both, just as there are people who are both kind and beautiful. But it isn't happening with the current crop of candidates. No more names are being tentatively floated. I draw the conclusion that the Republicans have gotten so extreme that they've spooked their own best and brightest. Time for some balance, guys, though it looks like it's too late for this nomination. Romney is your punishment.
Posted by ModeratePoli at 3:10 PM