Oh God, is this a sticky topic. Maybe I'll just throw some major threads against the wall:
Each of these views sounds good and reasonable, so it will be hard to choose between them.


Everyone should pay some tax.


Everyone should pay the same percentage of taxes.

People who earn more should pay a higher percentage.

Not surprisingly, there still isn't a clear winner. However, when I look at our tax system, I see elements that fit these categories.

Our payroll taxes are flat taxes, and they seem to work pretty well. Everyone who works pays them, and everyone benefits (or expects to benefit) from the services they provide. They are also relatively easy to collect. The burden is low enough that most people pay without trying to weasel out. These look like good taxes to me.

In comparison, our income taxes are a train wreck. We have so many groups lobbying for particular deductions and credits that the tax code is like a subterranean cavern, or a hoarder's attic, or a junkyard, or an even more arcane, disjoint, jury-rigged, unstable, unbelievable metaphor. We have separate rates for different kinds of income: dividends, wages, short-term capital gains, long-term capital gains, rents, maybe farm income, business partnerships, etc. to infinity. The whole thing is a crazy mess.

I can't believe it, but I just talked myself into supporting a flat tax!!!!??!!

That stills leaves the problem of too much burden on those who can't afford it. The best way to handle this is to give realistic exemptions for living expenses. Allow exemptions per category: adult, child, elder, and maybe a few other special cases, but not many and as clear as possible.

So, that's my unexpected conclusion. Yes to payroll taxes. Yes to a flat income tax with exemptions and the earned income tax credit. No to lots of deductions and credits and different types of income. Case closed. (Or is it?) 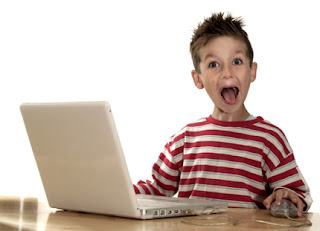 Addendum: I think that maybe we'll need two tax brackets, maybe one for earnings under something like $200,000, and then you pay 50% more on earnings above that.

Update: When I crunch some numbers, I ended up with two brackets at 18% and 28%, though they could be high or low. (It's hard for me to estimate the changes in taxable income when deductions are eliminated and exemptions increased.)

Update again: I think 18% is too high for a flat tax. It takes too much from low earners who don't have very much to spare. If the bottom fifth of workers are earning only 3% of income in the country, what should their tax burden be?
Posted by ModeratePoli at 2:34 PM

One sizes fits all, right?

First, a flat tax is not at all flat, and if you set a percentage of something -- whether one bracket or many -- you'll get lots of arguments over what that "something" is. That's the vast majority of the tax code. How does one define "income subject to tax"? Cash basis or accrual basis accounting? Deferred revenue or expenses? Depreciation?

What constitutes a "capital gain"? A dividend? Interest?

All of these will remain with any tax scheme, flat or bracketed. It's not the brackets that are causing complexity in the tax code, nor is deductions. It is the hugely complex economic activity and the circumstances it generates.

So you can never make a system "fair" or even simple. "Fair" is in the eye of the beholder, and simple does not serve the interests of those who benefit from complexity.

Example: Obama wants to eliminate the special treatment oil and gas companies receive for depletion allowances, or something like that. It's complicated. He sells it at getting rid of a tax loophole that other industries don't get, and that energy companies don't need or deserve. Those companies impacted spin it as punishing them, and they are critical to supply America's energy needs.

Most people agree with Obama, but after being bombarded with oil company messages their support for it is not as rabid. Plus those oil companies threaten that if their benefits are rescinded, they will simply raise the price.

I could do the same thing with ethanol subsidies, farm subsidies, etc., etc. Once made, eliminating them is as difficult as cutting entitlements. They are all entitlements. When all were approved, they were all seen as "fair".

Selling self-interest is much more effective. Obama should pitch a rich people surtax, so that everyone else can get a tax cut. Then he'd get my unwavering support not because I would support the policy on an affirmative basis, but because he was finally playing hardball to get to a better result.

Every time the Dems argue "fair share", they lose a little. It's sounds like playground sobbing. They should instead argue that they don't care whether it's fair or not. The wealthy got all the money the last 10 years and we're taking it back to rebuild America. They'll end up better in the end, and they will all still be rich, so shut the hell up.

I know better than to aim for perfect "fairness" or perfect anything. However, I think the use of the tax code to promote hundreds of different things, to tax different kinds of income at different rates, is just too unwieldy and unfair (YES, I'll use that word).

A lot of the distortions we get, Buffett being the example du jour, come not from the definitions of income, but taxing a different definition of income at a different rate.

What is income will still have to be defined--yes, absolutely, but if it is all taxed at the same rate, that is simpler and less distorting.