Unfortunately, I have to do more debunking. This time the topic is Herman Cain's 999 plan. He's touting this plan quite a bit, and the press is falling down on its job of checking his claims.

Broadly, Cain's plan is to tax all sales 9%, all wages and salaries 9%, and business profits 9%. There would be no other federal taxes--no other payroll taxes, no capital gains tax, no estate tax. Deductions would be severely limited, maybe only charitable gifts would be exempt.

With such major change to the tax structure, would the federal government be collecting the same amount of tax, or would it create even larger deficits? According to Cain, this plan provides the same revenue. But he doesn't provide analysis.

So the analysis is left to motley horde of the internet, which is my favorite horde. Think Progress estimates this:

Bloomberg News has this estimate:

Critiques of this plan are so rare, I have to include this one from either a joke or racist site:

Now, I'm rather ticked that I can't find more information on this plan. In fact, one of the best sources is the Christian Post. That isn't totally surprising, since Cain first explained the rate for his plan at a Christian conference. Cain says in his video introduction of the plan "If 10% is good enough for God, then 9% should be just fine for the Federal Government."

That statement doesn't allay my doubts, maybe because "trust me" or "God will deliver" aren't reassuring to the hard scientist in me. On comment threads, Cain's supporters even throw out this one:

Look, don't whip out your degree from Harvard or Yale or wherever and expect me to stop asking the question. Instead, go borrow Glenn Beck's unused chalk board and write up your figures. I'm completely capable of checking the math... and of calling bullshit on a candidate who won't give us the math. I'm waiting, Herman... 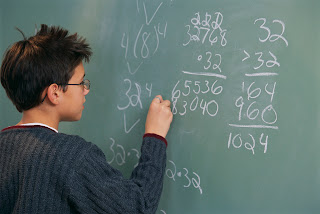 Major Update!!!!
And Correction
10/12/11 - Cain's economic adviser finally released some figures to Bloomberg. For people like me, who like tangible things like pounds and dollars and hard numbers, this was big news. To most of the media... I guess they gave up on math long ago. But bear with me.
But look again at the numbers. Cain's plan overestimates sales by 35% over Bureau of Labor stats. Wages/salaries are on par.

Now the correction: I had written that the business tax was on profits. I was wrong. The tax is on gross income minus certain major deduction. I haven't been able to check whether $9.5 trillion is reasonable or not. I tried, and found that the Bureau of Economic Analysis reported $21.6 trillion total private industrial output in 2009. Now, that confuses me because I thought our annual GDP was approximately $14.6 trillion. So where does the extra come from? Trade deficits? I've reached my limit on trying to understand this on my own. I hope some journalist with real economic understanding will clear this up.

Update 10/21/11. I finally noticed the inconspicuous links to the plan details on Cain's website. But they just lead to more confusion. Good luck if you go there.

Posted by ModeratePoli at 8:45 PM

I don't have the facts to back this up, but I believe a 666 plan would be even more effective.

Attempt at humor aside, I'm suspicious at any attempt to start from scratch. Laws, including tax codes, are written for a reason. After investigation, one might decide those reasons are bad or outmoded, but I do think you should understand why a law was passed before you change it. Otherwise one is likely to reintroduce problems the law was designed to fix (and, if the law was successful, those are problems you are unlikely to think of on your own because they have been solved). And full-scale, revolutionary change almost never works and because the change was so great, one cannot pinpoint what is wrong (see Karl Popper's The Poverty of Historicism, I think).

Also, any policy one can write on a napkin is probably too simplistic. The world is a complicated place.

Finally, I read the explanation on Herman Cain's website and was dismayed, though unsurprised, that he does not think that the government can positively affect the economy. Since that is clearly false (e.g. computers and the Internet), I'm even more certain things would worsen under President Cain.

And I should have added I'm Nick Hudson. We talked on Ta-Nehsi Coates' blog a few days ago.

@Nick, I'm glad you stopped by. I hope you'll read more of my posts.

I rather disagree about the tax issue. I think the simplest taxes are the best ones. However, I also acknowledge that this is a complex world.

In dealing with this complex world, we have made our tax code so full of holes and provisions that can be gamed. I think it's way passed time for a major reform.

Please look at my post on Tax Fairness for a surprisingly non-dull discussion.

I also recommend my most-read post and this one on my philosophy of political discussion.

Nobody takes Mr. Cain's plan seriously in MSM because nobody in MSM takes Mr. Cain seriously. He is the flavor of the month, probably before they settle for "plain". (We know who he is.)

Left unsaid is what constitutes "income" and "business profits" and "sales". Lobbyists start your engines.

I'm in favor of a 000 plan. No taxes on anything. Just print the money. If the U.S. government writes a check, the banks have to accept it. Then we can focus on how we spend the money as opposed to who pays what.

@Anon, I'm not on board for this ridiculous idea. The nearly blank check wasn't so great during the Bush years, so I don't think I'll vote for the blank check now.

Also, there's the lesson of Weimar Germany. Again, no, not interested.

ModeratePoli,
Thank you for the lucid presentation of Herman Cain's plan.
Out of curiosity, I did some calculations about how the plan would affect me. There are some unresolved issues that would make a big difference: would Federal sales tax apply to investments? to insurance payments? to rent or mortgages?
Nevertheless, here's how it came out for me: My direct Federal income tax bill would drop from 20% of my total income to 15%.
However, if the 9% Federal sales tax is charged at every stage, then it has a cumulative effect. Take the lamb chop on my plate at a restaurant. It went from the farmer to the consolidator (1); to the slaughterhouse (2); to the wholesaler (3); to the butcher (4); to the restaurant(5); to me (6). The $1.00 lamb chop costs me $1.58. Not every item would go through 6 stages--some fewer and some more. But it does look like the cost of my purchases would increase 50% to pay for the Federal sales tax (assuming that the merchants pass on the full cost at each stage). With this consideration calculated in, my tax burden under the Cain plan would go up from 20% to 35%. It would go up to 25% if investments were tax-exempt.
Now, I can afford to pay 25% or 35% via 50% higher prices for goods. in Federal tax. I'd cut back on investments and purchases, but I still be solvent. But what about the workers earning minimum wage? They can't afford to pay 50% more for the goods they purchase. The Cain plan would leave them destitute.

I take this to mean that the tax wouldn't be applied multiple times on the same item, since businesses get to deduct the cost of domestic materials. Most other business costs would be taxed.

As for rent, mortgages, etc., I don't know how much he can exempt and generate enough revenue. I think I heard (but I'm not sure) that used goods would be exempt, including used cars and used houses.

The effects on low-wage workers is a serious concern. I think I heard that Cain expects employers to pass on savings to workers and customers. I don't know that I'd trust it will happen.

All your questions are good, but Cain hasn't released a detailed proposal or how he arrived at his totals, so no one can be sure of much of anything.

Thanks for the clarification, ModeratePoli. But could I avoid paying sales tax if I incorporated myself as a business?