This has been an interesting month. Real things are happening. The long-awaited Inspect General's report about the FBI has been released. Trump and the despotic leader of North Korea insulted each other and almost torpedoed their summit, but then it was back on. Of course Trump is acting like he's saved the world from a huge threat without caring about the details, reality, or truth. But that's not new for him. Trump is never about substance or reality. It's about the show and ratings.

FBI official taking the fifth. Congress wants testimony from Andrew McCabe (probably for partisan show). However, the Department of Justice is considering charges against him, so he'll probably take the fifth in front of Congress.Normally, I'd think that is terrible, but considering he's likely to be facing charges, it makes good sense. I'm not sure why, but I have a somewhat good impression of McCabe. Maybe because he hasn't showboated or thrown anyone under the bus. However, the current director of the FBI demoted him, so it seems like there is something questionable there. And the reaction from the new FBI director? 'We need more rigorous training in being fair.'

How bad is James Clapper? Clapper is one of the many boogeymen according to those in conservative circles who believe in the horror of the 'deep state.' There's him, Comey, Loretta Lynch, Brennan, Rosenstein, and probably countless others. What exacting did Clapper do to earn that reputation? I had to look it up because no one was repeating it, just that he was evil. Supposedly his huge sin was lying to Congress about the NSA data gathering programs. His real sin was saying that Trump is a liar and unserious (my paraphrase). In this write-up of an interview, Clapper makes a lot of sense. Michael Flynn was probably played by the Russians, the Russians probably did tip the election, but we're probably going to survive this and come out stronger afterward. Sensible and reasonable.

Round-up on Inspector General's report. CNN has a series of short, readable clips about the significance of the report. Alan Dershowitz, legal savant and media whore, blasts Comey based on information from the report. Nice to know that Dershowitz has an infallible sense of how to handle fraught situations. He thinks Rosenstein has to recuse himself, and then oversight will fall into the lap of someone who will oversee the Mueller probe with perfect judgment. No, wait, there shouldn't even be a special counsel because there are people in the Justice Department who can handle the investigation without bias... if we're lucky enough that they're the ones who are appointed to do it and nobody interferes with them, like firing them or pointing a biased person in to supervise them.

Educated observer's report on Russia. Just the kind of rationality we need to read sometimes. Strip away hype, fear, and posturing, and you get this kind of reporting. It's great to have non-hyped, non-scary reporting about Russia.

Educated analysis of Pax Americana. This is a fairly long read as my links go, but worthwhile in that it asks questions and looks behind the explanations and mythology of US policies. I read it with an eye to what realistic expectations should be, not idealized expectations. After all, we live in a real world with many dangers, and you have to respond to danger in ways that are effective.

History lesson about altruism. The US helped a lot of countries through the Marshall Plan, and benefited from the peace and prosperity it fostered. Or we could have had a lot more communism.

Resegregation via charter school. Some places in the US, segregation never ended. Now there is a new way to create it or support it, and it's funded via tax dollars.

Football kneeling protest. I'm a supporter of this protest, which I find to be very dignified and respectful. In fact, I can't find anything disrespectful in it. I liked this statement from one of the leaders of the Philadelphia Eagles about the controversy around the protest. I compare this with the insults leveled at players, and it's no contest whom I respect more.

Helpful information for a rare situation. A woman was recently killed by an alligator in Florida. This report tells how to avoid that (stay far enough away from waterfront at dusk, nighttime, and dawn), how to run, and how to fight if you need to. Not much to remember. Good advice.

Copy-paste internet threat. I didn't realize this was a thing. I don't believe the threats made against me over the internet. A few people may be savvy enough to figure out who I am, but very few. So the threats are so likely to be rubbish that I've never worried. But it's incredible and ridiculous to find out there is a meme of threat--a veritable script that people copy and adapt. I guess it's too much work to make up your own bizarre threats, so just borrow something. 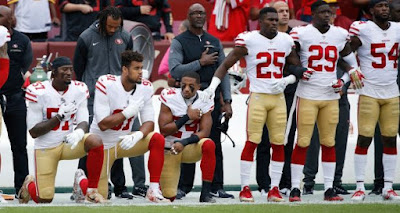 Spies from the FBI, oh my!

Since it was leaked that the FBI had an informant contact members of the Trump campaign, Trump has been trying to frame it as though his campaign was infiltrated and spied on for political purposes. This is most likely a mountain of hogwash, as it so often is when Trump opens his mouth or gets on twitter. The guy is such a glib liar that he probably only accidentally utters the truth. As a person who cares deeply about truth, I find this appalling. Trump, on the other hand, finds lies to be completely normal.

So Trump says his campaign was being spied on, and he calls it 'Spygate.' What do others, who perhaps remember what truth means, say about this?

There's an interesting contrast between this article from Huffpost and this one from Fox News. The Huffpost article focuses on a former Trump aide who's embarrassed by his conspiracy theorizing. The Fox article, starting at the headline, exaggerates the FBI operation as a 'web of informant contacts.'

If you swallow the story that this was politically motivated spying, then it looks terrible. Trump wants people to swallow that. Along those lines, Trump regularly claims that the Russia issue is a hoax, ignoring all the parts of it that are real and are known to really have occurred. Again, Trump doesn't care about the truth, just his narrative.

Trey Gowdy, as a former prosecutor, has some idea what is required in an investigation. He has spoken clearly that he supports this part of the FBI investigation:


"Based on what I have seen, I don’t know what the FBI could have done or should have done other than run out a lead that someone loosely connected with the campaign was making assertions about Russia..."

But conservatives can't agree on this, not even at National Review. To some of them, the FBI crossed a line that must not be crossed! They don't bother to say what intelligence agencies or the FBI are supposed to do when there is somewhat credible information of foreign influence on a campaign. Only that it is forbidden to investigate by covertly asking questions of the campaign.

Well, that argument is so weak that it crumbles as soon as someone asks what the FBI should do when it hears of criminal activity like hacking our elections. Critics are left sounding as though they want the FBI to 'stand down' -- not do anything. Maybe the FBI should go on twitter and label it all a hoax. Maybe the FBI no longer needs to do investigations and work to protect the US and enforce the laws, but can become a post-reality entity where truth is optional and random. But I'd kind of prefer them to continue the role they had before reality TV took over the presidency and so much of the electorate. 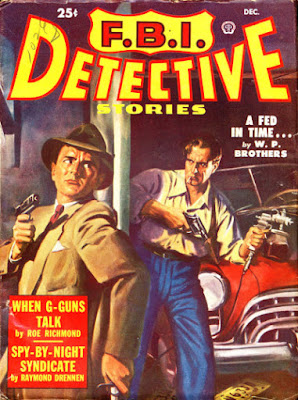 Posted by ModeratePoli at 10:18 PM No comments: