Ten years after the crisis

Bloomberg, my favorite opinion site, had a bunch of reflections on the 2008 financial crisis and what has happened since then. Some of it makes me worried. We might have avoided a worldwide depression then, but have we just delayed an inevitable reckoning. Or have we learned the intricate methods needed to deal with financial crises, so that we're probably safe?

Just to review, the Great Depression in the US in the 1930s was rather horrid. Unemployment at 25%, wages low, people hungry, in worn shoes and clothes, living off the kindness of family, scratching out a living. However, many more people lived on farms back then, so they could provide susbsistence living. Should a depression occur now, we'd have that many more people totally dependent on others, with no means to even feed themselves. (And we have a lot more weapons now too. Will crime be a horrendous problem if we have another depression?)

One author is optimistic that emerging economies won't have a crisis like we did in 2008. That was sparked by too much savings chasing risky investments in pursuit of return. Emerging markets are riskier and give higher returns, so they might seem vulnerable to fright-and-flight in a crisis. But that's less likely for two reasons: 1) Emerging markets are now a standard part of large portfolios, not just a high-risk high-return asset, and 2) local investment pools are larger and will grow even more as pensions become important in emerging countries.

Another article isn't optimistic. It's about a world swimming in debt, with little hope to pay it off. Somehow I'm overly worried about this. I figure everyone takes a haircut, tightens their belts, and lives, though less lavishly. 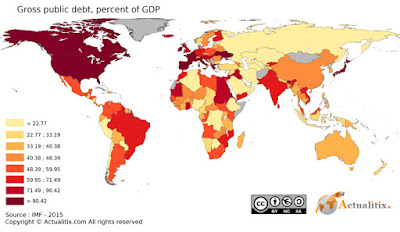 Posted by ModeratePoli at 11:06 PM No comments:

Good news about elections. Elections were administered more fairly in 2016 compared to 2012. The metrics included wait times, which is a good check on whether there is enough equipment in a given area.

Superdelegates and Dems. The DNC has reformed how superdelegates will work. It's a technical change, but the last paragraph in the report may be the most telling. Worth a read, truly

Supreme Court nominee on immorality. Brett Kanavaugh, nominee for the Supreme Court, had a blistering view of Bill Clinton, his immoral behavior, and his lying. I have to wonder how Kanavuagh will rule on such issues when he's on the Supreme Court. I'll be watching.

Responsibility for preventing rape. A professor writes an analysis of some arguments about rape prevention. He tries to claim that he's following logic, but appears to stack the deck in his framing of the two sides of the issue. I give him a D on logic.

Who's responsible for Trump? Fascinating discussion on whether having Obama as president caused the election of Donald Trump. Obama says no, but the article comes down on the 'yes' side, but not in a way that is harsh on Obama. Instead, it is harsh on racial resentment present among white Americans.

How Americans process news. A nice slice of life--on a fairly busy newsday, ask Americans what's happening. Write down the answers. Find out some interesting facets about Americans.

Alex Jones update. Regular readers (if they exist) know I intensely dislike Alex Jones. Here he is being quite an annoying asshole. Love the title of the post. 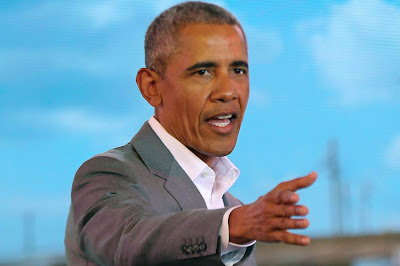 Trump administration in disarray - Not news

Trump got a double-whammy last week. A new book by Bob Woodward was leaked. It detailed many cases when Trump's advisers got fed up with his egotism and lack of focus on important national and international issues. Also, an adviser went to the New York Times with similar stories. The NYT allowed the person to write an anonymous editorial.

None of this is new. There have been leaks about Trump not understanding issues from the beginning of his presidency, when Pence (possibly) had to tell Trump that Mike Flynn was compromised and had to be fired. Trump seemed to think he could shut down the investigation into his campaign's connections to Russia, but found out he doesn't have the power to stop investigations.

So, really, it's not news that Trump is frequently at odds with his advisers. We don't need a recitation of the scores of episodes. Vox has a fascinating discussion about who leaked to Bob Woodward, based on clues from the book itself. His main sources are all former advisers with the exception of Linsday Graham, the senator.

It seemed likely that  Trump would blow a gasket over the twin strikes on his credibility. However, Trump actually handled it pretty well (except for his reaction in the first 24 hours). He took the stand that the NYT is steeped in fake news, and he's actually doing very well as president if you look at economics and policy initiatives like trade. He said that with seeming confidence, as though he was prepared with a strong defense that he found believable.

The motivation behind the anonymous NYT editorial is muddy. If you have to sneak around to stop Trump for doing stupid actions, why would you tell him and the entire country? Trump isn't strongly going after the leaker in his midst. No high profile lie detector tests. No one claiming to be the leaker, no one blowing the whistle on a fellow adviser. I think this leaker may not be identified. If so, he'll just be one of many leakers. Can't name them all, and definitely can't fire them all. Got to live with them. 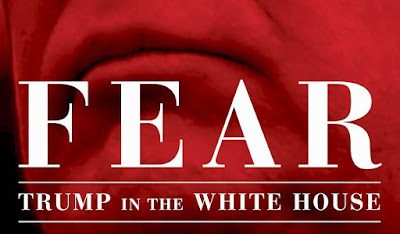 I read articles very carefully, always trying to learn new information or views I haven't encountered before. I also read comments that way. This comment is from an article on a financial crisis that is looming:

As to QEs, this is the only way for the Western economies to keep growing, nominally. You can call this idiotic, but they simply need much bigger monetary bases just to stay where they are. This needs to be reflected in prices. Since the last EM crisis of 1997-1998 Dollar devalued by about 4 times relative to the variety of asset classes - from oil to stocks to gold to real estate to China's hard currency reserves. Commodities, as an asset class, cannot sink for long. Supply and demand, of course, play a role, but as an asset class they have to reflect the value of the currency they underpin (primarily through oil). The oil price may be hurt longer term only if the monetary base contracts. Do you think this is going to happen? If yes, this will, of course, hurt everyone. Weak EMs will drop first. Americans may think they will get out relatively unscathed as they did in 1998, with capital flowing to "safe haven". I guess that is what they would like to see.

The difference between then and now is that China is now way bigger and is going to be the major beneficiary of any collapse in commodities along with EU and India. America has deteriorated into a resource economy and is now going to be hurt much more than in 1998, along with a number of its trading partners and allies such as Australia, Canada and Mexico.

As to Russia. It is indeed more a bystander now. Watching how others struggle, mostly.--Dmitry Vakin (commenter)

There are very specific predictions made here, and we can see if they are fulfilled or not.

I haven't been formally educated in economics, but I'm very numerate. I've been watching economic issues all my life, even longer than my interest in politics. As someone with an interest in numbers, it's impossible for me to ignore prices, wages, taxes, spending, etc. I swim in this daily. So I'm not ignorant of economics.

One thing I want to see is how an economically advanced country handles population stabilization and minor population loss. I'm watching Japan. It's not making me scared because Japan doesn't appear to be imploding. It looks quite stable to me. So I'm hoping to see economic ideas based on steady-state rather than growth.

In contrast to Japan, I also see countries like Haiti, the Philippines, Egypt, Saudi Arabia, and Pakistan. Populations have exploded with dire consequences. There's a lesson, but too few learn it. 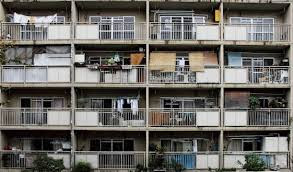 Posted by ModeratePoli at 7:23 PM 2 comments: