(And a few left over from September. Oops, it's November already.)

Hating on climate change. It's no surprise to me that nasty conservative trolls would hate on teenager Greta Thunberg for her message that the people currently in charge of the world aren't doing enough. I've written elsewhere that models for climate change haven't been strong, but there is also enough solid data to be very worried.

Intolerance on campus. I hear screeching about it, but here is a solid court case about bullying of Christian groups by campus officials.

The fear among the conservatives. They fear being overwhelmed by the left and forced to give up their religious beliefs. Considering the disrespect for religious beliefs on the left, I have to say it seems like a rational fear.

Why Trudeau almost lost. Canada is in good shape, which allows lesser issues to create more fractures than before.

Iran and Russia interfere. ... in the US via Facebook.

Tough politics in Texas. The Texas House speaker is out after being stabbed in the back while conspirimg to stab other Republican reps in the back. Do I like anyone in this mess? 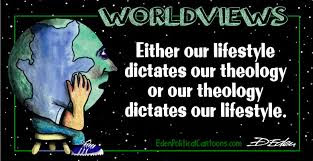 Posted by ModeratePoli at 12:31 AM