Bombshells at the DNC

I don't subscribe to the belief that Clinton rigged the Democratic primary. Unless you stuff ballot boxes, bribe party reps at state conventions, or manage to disqualify your opponent or his supporters, it's hard to rig a democratic selection process. (I suppose if you own all the media, that might work too, but that doesn't pertain either.)

I'm not changing my mind due to the revelations from Donna Brazile. She's a party hack who's had various roles, including interim party chair after Debbie Wasserman-Schultz was forced to resign in disgrace.

Brazile writes in overly dramatic prose about discovering the unsavory arrangement for sharing campaign and party money. Clinton gave money to the debt-ridden party in exchange for a high degree of control of the levers. This allowed her to tilt the debate schedule to her advantage, but I don't see any other major advantage that she had. I don't see evidence that this changed the eventual outcome of the primary.

It does show yet again Hillary's penchant for rigid control regardless of ethics, protocol, rules, transparency, or good judgment. Her basic drive is not for truth or honesty or the greater good, but for the maintenance of her own power as she conceives it. Again I'm relieved that she's not in the White House,.further tarnishing herself and other Dems by association.

I wish I had any hope for the Democrats to improve. Donna Brazile doesn't inspire confidence. I hated Wasserman-Schultz. I have no idea if there are any Dems I respect aside from Joe Biden, Howard Dean (maybe), and Deval Patrick. That's a pretty small number of people for a national party. But that's where I'm at with this excuse for a political party.

This country, which I've loved and respected, we may be on the skids to being a low-class country like Argentina. I hope it doesn't happen. I hope I see a turn-around before I die. I'm not hopeful though. 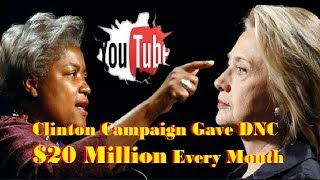 Posted by ModeratePoli at 12:05 AM