October links: even more to catch up with

Writings by Jamal Khashoggi. Collusion and repression in Saudi Arabia, and the Muslim Brotherhood. Khashoggi was murdered and dismembered in a Saudi consulate in Turkey. A fast survey of power balance in the Middle East.

New bombing and terrorism. "Bet it's a Democrat." says a clueless commenter on Breitbart. Some people are either too stupid or too partisan to realize that there are extremists among them. The bomber talked a lot of shit, but complied with the work requirements of his boss, a lesbian. Here are some of the lies that the shooter in a synagogue believed.

Old terrorism. Again, there is some twerp claiming that the driver at Charlottesville isn't a murderer. How many times does this have to be refuted? Some people can't deal with the facts, and have to make up lies that allow them to excuse the actions. The videos taken of the car speeding. The lies about self-defense. White supremacists charged with violence at the rally.

Not a deficit hawk. The GOP doesn't care about deficits, and have increased it greatly in the past year.

How to lower healthcare costs. Focus on the providers. Limit payments to them. What doesn't work: making patients pay a higher share. Sorry, libertarians, but your theory is a bust.

Foreign policy inertia is good. Trump hasn't been able to wreck the foreign policy throughout the world, even though he is president and he's a foreign policy idiot. My comments on the thread: if you're going to scream about how bad the US is, step up and name someone who think would do a better job.

Humorous failed plot to smear Mueller. Try to bribe women to accuse him. Gosh, it fell apart. Who would have guessed. Incidentally, one of the crooks was behind the Seth Rich lies too. 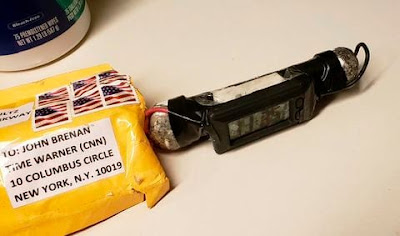 Posted by ModeratePoli at 12:35 AM