There are so many opinions of what should have done differently. I can't say I agree. He kept his investigation clean as thousands of cubic feet of sludge were being thrown all around him, with him often being the target. It didn't stick, which is a testament to his integrity.

So here are the complaints, for whatever little there are worth.

National Review - how dare Mueller say what he said, as the author ignores the DOJ policy on presidential indictments
Contrast Mueller and Comey - the rulebook for these investigations isn't working, as both investigations show. I'm not sure I agree.
Fox news example of erroneous claim that Trump is completely vindicated.
Vox - Mueller left a vacuum that others filled
DailyBeast - hearings likely to be ugly
WaPo - much later than the other links, with Mueller being praised. The author suggests focusing on Trump's clear lies, like he was trying to do business deals while campaigning and denying any ties to Russia. 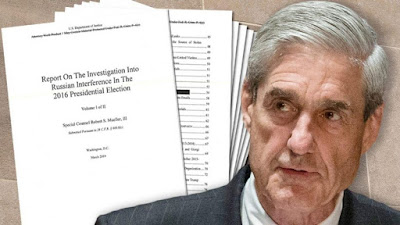 Extras. More WaPo - how GOP attacks on Mueller won't work. WaPo - why the press can't do now what it did during Watergate.

Update 7/12/19. Ken Starr appears on Hannity and has suggestions for what Republican congos should ask.
Posted by ModeratePoli at 7:13 PM