Short: Be tough... and evasive

"KILL, KILL, KILL." That's not exactly how this commentary starts, but it gets close:


"...The president who came into office speaking in lofty terms about bipartisanship and cooperation can only cement his legacy if he destroys the GOP."

The author (John Dickerson, whose reputation hasn't reached my not-completely-politically-obsessed person) wants the president to show up the GOP for being extreme. That sounds familiar somehow...

He also suggests this:


"...he can force Republicans to either side with their coalition's most extreme elements or cause a rift in the party..."

I don't think the GOP is going to help quite so readily in its own destruction. They may have learned to keep their heads down, which is what the Dems have been doing for over a year now. Even in this rah-rah piece, the author doesn't recommend specific policies that Obama should fight for. About that, he stays mum.

I wonder how it works when both sides decide to keep quiet and only speak when the other guys act crazy. It may be quiet for so long that we'll be begging those politician to propose something. Well, other people might beg, but not me. I want to see how this plays out. 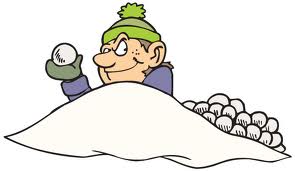 Posted by ModeratePoli at 7:50 PM

Here's a legitimate question I hope you can answer:

Would YOU rather have politicians whose rhetoric matches their agenda, or those who obfuscate their real agenda by focusing their rhetoric on what they think will please the most voters?

It seems to me that Mr Dickerson what the Dems to force the GOP's rhetoric to match their agenda. In the last cycle, both were extremely conservative and the GOP lost. I don't think the core of the party has abandoned that agenda, but it's clear that there is a strong desire among some in the GOP to temper the rhetoric. The Dems would just be stupid to allow that to go unchallenged.

Sometimes politics and policy go hand in hand, but that's the exception. Specific policy proposals are easy to attack politically. Hence, dividing your opposition politically is often the only way you can get reasonable policies enacted. The tactic can also be used to enact stupid policies, like the war in Iraq or massive tax cuts for the wealthy.

In today's environment and with the last four years as hard example, President Obama must necessarily force his GOP opponents to behave; i.e., not allow their agenda and rhetoric to separate. Having just won an national election by a significant margin, using your political leverage to discipline unreasonable opposition is both a mandate of the electorate and a prerogative for the elected.

Anon at 11:38am: my answer to your question is that it depends. If the population is capable of critical thinking and making difficult choices, then I prefer that policy substance match the political rhetoric. If not, then I understand and accept obfuscation.

For example, I believe that by hook or by crook we simply must reducing per person spending on medical care by the government. It needs to be done by private payers too, but that's not the focus here. To that end, if a party can not possibly win elections making a case for lower spending, then I support that party saying they are running on preserving the program in order to get elected in order to reduce the spending. Even if they had to go beyond the euphemism of "preserving" to the flat out lie of saying they wanted to increase the program's spending, even that would be acceptable to me as the binary alternative of electing people to office who actually did hold that view.

I don't think that would be a politically sustainable situation, but that wasn't your question.

I agree. It depends.

But if the population lacks critical thinking or is deprived of or distracted from key facts in the discussion, and can't determine what policy is actual being offered, then it is only proper that one demands that policy and rhetoric match. (Think: 'death panels')

Let's cut spending on medical care that taxpayers pay for. It will save us money and it is in our collective interest. It's not in the general interest of those receiving either the benefits or the money, however, to cut spending. (Good luck trying to convince them of anything else!!) So this is a tough one just waiting to be demagogued.

It is also why the simpliest path is to tax the wealthy and cut out the fat in the private healthcare system FIRST, and squeeze those reaping outsized profits (like drug companies), before forcing the poor or weak to suffer.

Like it or not, the population sees decent medical care as a right of all citizens. They may not like the cost of that promise, but I don't think most people believe there isn't enough money out there to do it right. I am one of them. I favor health security for everyone, even if taxes have to go up to pay for it. My rhetoric matches my policy.

@Anon: I believe that reducing spending on taxpayer provided medical care can be in the interest of the person receiving the care and may, in the long run, also benefit the care provider.

For the patient, more spending does not directly equal better care. The two are correlated, perhaps, but not the first does not cause the second. Witness outcomes in other nations that spend far less per person. And also take note of the research done on breast and prostate cancer, where it has recently been determined that every more test, more frequently, leads to more false positive and negative patient outcomes than would be the case if we provided few test - and saved that money - even if we had to accept the occasional, preventable case of that cancer. Tragic for the individual, but better for us in aggregate.

For the provider, if like me you worry that we are approaching a tipping point of actual systemic collapse, then marginally fewer dollars may be preferable than the risk of the shit hitting the fan, which would erode value and standards of living much more than the opportunity cost of missing out on slightly lower reimbursements.

@Anon, @truth pretty much summed up my thoughts. I'll add that I wish the electorate were much more active in their critical thinking and much less prone to demagoguing. In fact, there may be an inverse relationship, but we will never get rid of all the demagoguing. But how does one, as a politician, encourage more critical thinking?

I think this election was somewhat on the positive side. The GOP message, with its dubious numbers, was rejected. The Dems were kind of quiet and evasive, but at least there was a history of supporting "balanced" action to reduce deficits. Or maybe Obama won because he got enough people on food stamps, etc., and local offices reminded people they better vote if they didn't want deep cuts in benefits (plus the usual liberals, public employees, and people who think the GOP is whack).

What I realy dislike is a bait and switch from politicians. Example: Bush said in his campaign that he would support regulation to reduce CO2, and then he promptly reversed it--didn't even try. So it was just a lie to help him get elected, which probably most people figured out or weren't surprised.

The best way to cut through obfuscation is to ask for the numbers and ask HOW.