There's an interesting new wrinkle in the Benghazi story. According to a CNN story, there were over two dozen CIA personnel in Benghazi, much more than mentioned before. The current speculation is that the CIA was rounding up Russian-manufactured anti-aircraft missile that got loose in Libya in order to send them to the Syrian rebels via Turkey.

I don't know whether this is credible, and I'm certainly not going to out on a limb and declare that this is what Obama's been trying to hide, so now it's definitely impeachin' time. (I realized just a few hours ago that my reaction was very much affected by my dislike for those crowing about being right all along, when of course they weren't.)

If this is true, it's surprising how zippered up the Obama administration is. Or perhaps the CIA is much better at keeping secrets than most government organizations. Maybe the ambassador died protecting a secret stash of weapons from the al-Queda aligned group. May he died unsuccessfully protecting the weapons, and that group got its hands on bunches of missiles. Maybe it's some totally different incredibly sensitive story.

It would be great to know what it was, but the Obama administration is obviously not trusting Congress with the info. Currently none of us peons can judge whether the mission in Benghazi was worth the risk, totally immoral, or something in between. In the future, however, this information should be shared, with small leaks generally being the preferred method. There are probably more leaks to come. I hope we get the story soon and I hope it's not too bad. Reagan managed to withstand the Iran-contra scandal, but I'm not sure Obama could do the same. 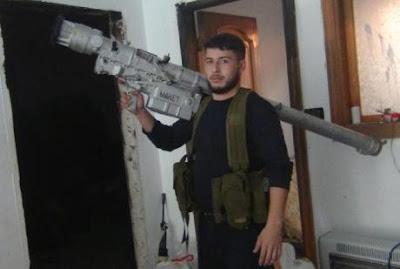 All about the weapons?
Image: alhittin.com

Extra. Self-declared definitive timeline. It's about the weapons according to this 9/20/12 article.

Update 8/5/13. In posts like this, I usually write "What you want to hide, it ain't gonna stay hidden." This time might be different. If there was a big hush-hush operation in Benghazi, it's stayed hidden for nearly eleven months. Maybe it will stay hidden, or maybe it will slowly be revealed. With four Americans dead, it's had enough impact that it should be revealed. As I said before, I hope the story isn't too bad.

Posted by ModeratePoli at 8:15 PM

Email ThisBlogThis!Share to TwitterShare to FacebookShare to Pinterest
Labels: Benghazi

This is the same Obama that promised us a new era of "open government". While, in general, I like his policies, there are many examples of how closed this government really is. Here is an article that shows the highly redacted documents that were recently released by the Department of Justice when the ACLU requested further information about the use of warrantless government snooping into our text messaging:

So much for "open government".

BTW, I added your blog to my RSS feed and now I can keep up to date! Hope all is well.

@PJ, you haven't been missing much. The US political scene is quite frozen, so there isn't too much to write except observe that we're still in suspended animation. Since everything I need from government runs on autopilot, I'm fine. So, yes, all is well.

I agree with your open government comment. Idealistic, naive Obama (or perhaps calculating Obama) runs into reality, including the reality of not wanting to admit mistakes.