Will the more establishment Republican senators, like Coburn of Oklahoma, Cornyn of Texas, and of course Mitch McConnell, let the Tea Party senators delay the appropriations bills due on Sept. 30? That's what rebels Mike Lee and Ted Cruz are planning. They have threatened to stop any bill with funding for Obamacare, so the target is the Continuing Resolution for the next fiscal year starting Oct. 1. That is a promise to shut down federal government.

So, will the other GOP senators hand them the keys? That's the only unknown for the next two months. It's screaming for a ModeratePoli prediction, but I don't know yet. I'll update here when I have a solid guess.

Josh Barro, my new favorite pundit, says the sober ones will keep the keys. I'm rooting for the other option. Guess why! (No hints.) 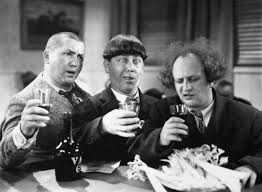 Meanwhile, the Dems continue their winning strategy of not letting the crazy get loose. Boring...
Posted by ModeratePoli at 1:06 PM

Losing elections focuses a party's activists on one of two things: revenge or winning. The worst possible set of outcomes is what the GOP faces now: Those who want to repeat the formula for the big win in 2010, and those who want to avoid the same formula which essentially lost big in 2008 and 2012.

Right now, the momentum is on the side of the repeat-2010 forces since a) primary challenges are the bigger test for most GOP elected officials in Washington, and b) they can expect the electorate to be different in 2014 versus 2012.

What's harder to say is whether the strategy will be successful in 2014 as it was in 2010. There's far less voter anger in now and the people have re-elected Obama. So bashing him or Obamacare is not going to rile people up for a landslide outcome like 2010. The pros know this -- they focus-group the suburbs -- and have real concerns about the tone people like Ted Cruz of Texas are setting.

Disruption and blame-shifting is a risky strategy. If people feel good you can't take any credit for it. And if voters see that you are responsible for the traffic jam that makes people unhappy, it's hard to shift the blame for it.