Victor Davis Hanson has a column at National Review about race. Facing Facts about Race is a mess of a column, so I'm not quite sure what facts we are supposed to face.

The occasion for this column is the perennial race issues surrounding the Trayvon Martin shooting. Every time something happens in this case, certain people get bent out of shape because they don't want to be reminded that a guy with a gun shot an unarmed black teen that he wrongly suspected of being a burglar. I'm not sure why some people find that so uncomfortable, unless of course they see themselves in Zimmerman's shoes, wanting to catch a burglar and shoot in "self-defense."** But something about this case drives some white conservative bloggers to post reminders that blacks really are dangerous, this is all a case of race hucksterism, or some such.

Hanson complains about Obama's short speech (which I read) and Holder's longer speech to the NAACP (which I haven't read). I think I grasp the point of Obama's speech, which is to be careful about profiling young black man as thugs, because most aren't--some are just like he was when he was young.

Hanson's column is less clear:
This last guess is probably closest to what he's attempting to say. However, this leaves us with a big problem in that there are a lot of young black men all over this country, and we really can't wall them off in a huge compound somewhere. Or maybe Hanson thinks we should do that. I can't tell because he's hasn't gone at all beyond his one fact to anything remotely helpful to anyone. So much for facing facts in the plural.

Hanson says to be careful of groups of young black men, but Trayvon Martin was just one black man. So, what advice does Hanson have about how to deal with a single black man walking in your community? Is Hanson implying that you should do as Zimmerman did? I don't think so because we don't particularly want to see that outcome repeated.

So I won't assume Hanson is giving any advice about single black men, but just groups of young black men. I'm not sure what his advice was. There were some anecdotes of his father's experience being robbed and Hanson's own two experiences, but what exactly is his prescription for the reader, and for his sons, to whom he passed on these anecdotes?

Well, that's not clear in the least. Maybe Hanson should reread Derbyshire (the piece that got him fired) because at least Derbyshire had some actions you could actually follow--if you want to live in a mostly white enclave and be frightened whenever you're in the company of any regular black folks on the sidewalks, shopping, or at the beach. 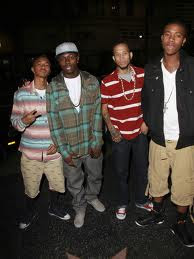 **OK, I did think of one reason why people get upset about the Zimmerman investigation and trial. They are tired of being accused of racism. So anytime someone else is accused of racism, they rush in to defend the maligned person. They don't bother to notice that they aren't being accused, or that some people aren't making the argument that it was racism. It's all blurred together, and they are deep in reactive mode. Please, people, get out of reactive mode. I don't want to have to write about this anymore.


Update 1/14/14. I just wanted to note that I haven't had to write about this subject for nearly six months now. Very good, everyone.
Posted by ModeratePoli at 10:57 PM

We've been immersed in the "watch out for black kids" meme for some time now, and it finally strikes me -

They could say that...but why would they? We all know those more particular instructions, we don't need the tip!.

Which facts Derb and Hansen most certainly know! From that perspective it does seem as though they are using widely-held perceptions of a minority community subset (that no doubt has issues) to throw the entire tribe under the bus.

Hard to explain it otherwise. Hard to justify it under any interpretation.

@csh, Big welcome to you here at my blog. I enjoy your comments at PlainBlog and even agree once in a while. ;-)

I don't know much about Hanson except I've hated the few earlier columns that I read too. (also he looks eerily like Kevin Drum, the Mother Jones blogger.)

Derbyshire seemed sincere in his condescending beliefs about blacks, and they were more global than 'look out for black criminals.' He reminds me of an academic who is SO SURE of his own brilliance that he doesn't question his thoughts anymore.

I can't guess at Hanson's motivation or rationale, and I don't care to spend any more time on him.

I agree with you, hard to explain, hard to justify. That's why I think it's a kneejerk defensive reaction, not a well-considered argument.

Heh, MP, I hope you don't agree with too many of my comments, they all come with that ubiquitous CNBC disclaimer ("opinions are subject to change without notice...")

This is not, mind you, because I believe that the approach of a group of unfamiliar young black males is not something about which my kids should be aware. They should! And a group of white kids, or green kids, or blue kids, or really any kind of kids approaching, that you don't know, is something to watch out for.

I don't believe that for a minute.

Maybe one of his sons will write a tell-all memoir years from now and we'll all find out. It could become a new genre in writing, replacing Jewish angst with Gothic conservative horror stories. Or, probably not...