Now I know Zimmerman/Martin is a case of racism

How did I finally figure that out? Because it is so adversarial.

Let's suppose Zimmerman was following someone (race unknown) walking through his condo complex. There are harsh words, the guy punches him, jumps on him, Zimmerman reaches for his gun and shoots him. Then, when the police come, the dead guy (we'll call him the victim) has a wallet that identifies him as living at the complex.

I contend that scenario would have played out very differently from the Zimmerman/Martin case. For one thing, there would have been no doubt that Zimmerman shot one of his neighbors, though the guy was a stranger to him.

It would have been clear that Zimmerman had been overzealous in his patrol and his handling of the situation. It also probably wouldn't have been considered for a second-degree murder charge, nor for a "Stand Your Ground" defense.

Because Trayvon Martin didn't have ID, and perhaps because he was black, he was treated by the police as someone who didn't belong at that place, when actually he did.

Zimmerman thought this was 'us vs. them.' Even when it turned out that Martin was 'us' (a legitimate visitor), the case stayed polarized as us vs. them.

The police didn't treat it as an incident between two people from the same neighborhood. Zimmerman didn't seem to treat it that way either. He didn't apologize for starting this whole horrible incident, and he didn't arrange to plead guilty to an appropriate charge, such as involuntary manslaughter. Isn't that what a person does when he accidentally kills a neighbor's kid? I think so, unless the person didn't care about the wrong he did.

Martin is still viewed with suspicion by many people, but there's very little reason for that suspicion. Martin was just a teenage kid walking home from the convenience store. People trying to paint him as violent and disrespectful do so in an attempt to mitigate what Zimmerman did, which was provoke an incident and shoot an unfamiliar neighbor.

Some of Martin's actions may have been based on 'us vs. them' thinking too. He referred to Zimmerman as a creepy-ass cracker in his phone call. But we'll never know if he attacked Zimmerman, or whether he wanted to beat the crap out of a creepy-ass white guy. Anyone who is sure that's what happened is projecting prejudice that they wouldn't have if the victim was a white neighbor of Zimmerman's.

This is horrible. You can be minding your own business, walking in the neighborhood, but if you're a young black male, you're a suspect before you've done anything in the least bit wrong. And if you're not submissive and very careful, you can end up dead. Our prejudices and our suspicions not only shred our sense of humanity, they also kill. 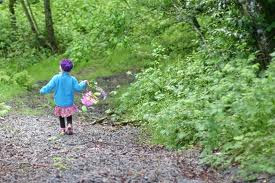 Clarification 8/22/13. This case continues to weigh on my mind. I'm less certain there was racism on Zimmerman's part, though there is still a lot of evidence for it. I think he lumped Trayvon Martin in with a known burglar, also a black teen, who lived in the complex. That is still profiling, but to some extent, Martin fit the profile as a criminal, not just as a black teen. There are indications that Martin had stolen jewelry in his backpack while he was living in Miami.

Zimmerman may have been able to rationalize away his moral responsibility in Martin's killing by thinking Martin was no different from the other burglars that "always get away with it." He shouldn't be allowed to rationalize that he, Zimmerman, provoked this entire incident by following a young man who was doing nothing wrong, and that Zimmerman shot him, seemingly without remorse.
Posted by ModeratePoli at 1:04 PM

I agree completely. It's hard to say what Zimmerman is guilty of exactly under the law, but clearly bad judgment, prejudice and overzealousness apply to him that night.

Nobody is dead or injured, there's no fight and no incident if, when Zimmerman approached Martin -- whatever Martin may have done or said -- Zimmerman just said "Excuse me. I'm with Neighborhood Watch and I don't recognize you. Do you live here or are you visiting someone?" That's how it should happened. It's also clear that Zimmerman saw himself as a hero before, during and after the incident (and still does, probably) for taking out someone he thought was going to commit a crime in his neighborhood.

Hence, it's my opinion that his state of mind cannot also be his defense when a confrontation he provoked ended with the unarmed innocent kid getting killed. He should have pled to involuntary manslaughter -- as you suggest -- but he still sees himself as a hero.

Sigh. It's a shame so many other with similar racial prejudices are ready to call him that.