We Americans are a suspicious bunch, in more than one way. We're suspicious of what other people do and think and get away with. And we're also suspicious that people harbor unfair thoughts about us, either because we're part of a group or just as an individual.

I'm going to focus on the feeling that you are a target of unfair suspicion, such as:
I hope we can have empathy with people who feel that they are being treated unfairly. It's a burden to have to fight people's negative expectations of you during long portions of the day, like when you're at work, taking public roads or transportation, in public places, or in commercial places. That's one reason that prejudice is so destructive--it's insidious and wears away your sense of belonging.

So imagine you are suspected, or even publicly accused, of any of the things from the list. A normal reaction could include righteous anger.
Enough, you get my drift. Let's not throw accusations around. Before you accuse or seriously suspect someone:

That's a lot of steps, but maybe that's what it takes to defuse our suspicions about each other. I haven't always done it, but I hope I'll remember in the future. Maybe this advice will help me with my own hair-trigger reactions. (Yes, I'm guilty, and I have plenty of company.)

Until then, let's assume the guy walking down the street is fine, the political speaker wants to improve the town, city, state, or country, and the guy drinking a Starbucks latte isn't passing a judgment on you. 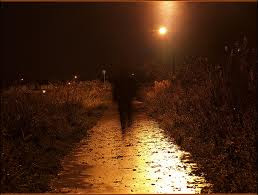 "In this dirty minded world you are either somebody’s wife or somebody’s whore—or fast on your way to becoming one or the other. I wanted a job and I wanted to live alone. That made me a sexual suspect." -- The World According to Garp


Extra: Perhaps I'm wrong, but I anticipate this kind of question: "Should bigots be given the benefit of the doubt?" No, but people should be. Don't assume someone's a bigot. Go through the steps (evidence, more evidence, ask, listen).

Posted by ModeratePoli at 11:33 AM

Thanks for a thoughtful article. There's only one thing I don't agree with completely: "Until then, let's assume the guy walking down the street is fine ..."

Maybe it's because I'm a woman, but I don't think it's a good idea to sweepingly assume that.

It depends on the street, the time of day and how the guy looks. If he's dressed like a thug, chances are that he is a thug.

Yes, when you're walking alone, you have to be careful of just about everyone because of the higher risks to you. But you can't tell who's OK by their clothing. Keep your distance and look for behavior clues. A trustworthy person will keep a distance too. Behavioral clues are a better indicator than dress.