I think I spot a major theme for the presidential campaign: it's all about 'competence.' Specifically, Romney is competent. He knows how an economy works, he knows how to create jobs. He was a competent business manager who made himself rich with good business sense. Obama is incompetent, hasn't ever worked outside the liberal bubble of academia, social programs, and government, and has no instinct for what to do to turn around the economy.

In my opinion, this is a bunch of opportunistic crud. If Romney is so sure his program can create jobs, he should be touting the program non-stop. However, his program, when you look at it, has a strong resemblance to Bush's program, and we all know how well that worked. So Romney has to focus on the meta-message (Obama is incompetent in economics) while avoiding a real message (here's my economic plan).

The Dems have perhaps started to get into this vibe too. Dems are asking, who accomplished more, Clinton or Obama? They're mostly saying it's Obama. I think this is a meta-message too: Obama will be like Clinton, as opposed to being like Carter. After a catastrophic midterm election, he'll bounce back, win re-election, and effectively govern for 4 more years.

The bad news for Dems is that Obama is not Bill Clinton. Clinton had a warmer personality and could connect with more moderate, middle-Americans. Obama has more appeal to the well-educated, but weak rapport with blue collar voters. The good news for Dems is that, unlike Carter, Obama is running against Romney, not Reagan. We don't know yet whether Obama will suffer Carter's fate or Clinton's.

As to the question of competence, I think it's reasonable to talk about it. Carter was an incompetent leader. Reagan was a very competent one. Obama is somewhere in between. We can't judge yet with Romney. So how will we make a decision? Best to use criteria other than competence, like WHAT ARE THEIR DAMN PLANS???? 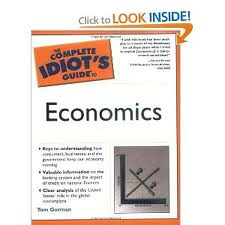 Before you lionize Bill Clinton's considerable political skills, recall that he only achieved 49% of the vote in his re-elect (just 43%, if memory serves, in 1992), while Obama won nearly 54% in 2008. Obama won more votes than any presidential candidate in history, so it isn't that he doesn't connect like Clinton did.

Clinton had be better political skills (and advisors, perhaps) while in office than Obama has exhibited, for sure. His focus on kitchen-table issues helped keep his approval ratings up, even against a GOP onslaught from his election on. Clinton, like Obama, faced a severe voter backlash in the first midterm.

In both cases the Democratic presidents' political skills were not successful at deflecting the blame heaped upon them personally on their policies by their GOP political opponents. Obama has faced a 63% more ruthless adversary, and made the political miscalculation of allowing them to message against his landslide instead of hammering them as sore losers. As any decent chess player knows, if you give the opposition the initiative, even with less material, you can quickly lose the advantage you have built.

I've said repeatedly that as soon as Rush Limbaugh spoke for the GOP in "wanting President Obama to fail", they had to make the GOP own wanting America to fail so they could blame Obama for it. But Obama and his advisors played nice, and got creamed for it. And now the GOP still wants America to fail and can gleefully blame Obama for it without political consequences. The GOP is never so foolish politically, as evidenced by the "with us or with the terrorists" line, which forced many smarter Dems to support the war in Iraq, the GOP unfunded and unbudgeted wars while cutting taxes, and ridiculous policies that were good politics for the GOP (at least for 2002 and 2004), but bad for the country.

@Anon, I want to answer a couple points.

I'm not impressed by Obama's 54% versus Clinton's 43%. Clinton was in a 3-way race, and the polling was well-known. The anti-Bush vote split between Clinton and what's his name... Perot, so Clinton would have topped 50% in a two-man race. (I watched the polling closely. The margin of Clinton over Bush stayed very stable. When Bush edged up, people would jump from Perot to Clinton.)

How do you pinpoint Obama's adversary as 63% more ruthless?

Also, I hardly can feel sorry for the Dems because they have poor messaging. Most people when they have a problem work on fixing it. It's simple competence. The Dems need some. (Snark, I know, but true.)