Pity Bernanke and his difficult task

Have you ever walked into a situation with a bit of confidence and swagger, and THEN found out how bad it really was? As someone who occasionally has these crisis situations in my job, I can tell you that I dread these times. Maybe I'd like to hide under a rock, or wish it hadn't been my shift that day, but I have a job with responsibilities and I'll damn well perform as well as I can.

So I have sympathy for what Bernanke inherited. His job is to clean up after the biggest financial disaster since the 1929 Wall Street crash. Yes, he also contributed to the problems, but that doesn't make the task less staggering. In fact, I'm nearly dumbfounded just contemplating how huge a task it is. Anyone who pretends they have the absolutely correct answer to this problem is an unmitigated egotist, and I wish I could give such people a withering stare that would instantly deflate such pomposity.

So Bernanke has to deal with an overextended banking system that has many questionable loans and debtors who are facing lower and uncertain income. Naturally, he wishes for a soft landing, but we're past the point where that's possible. Instead, we mostly hope to avoid a full-on crash where the banking system and all private employment just freeze up. That part of the mission was accomplished with the help of the TARP.

The clean-up remains, as does the rebuilding. This is still very tricky, because the banking system still has scads of questionable loans and not-so-solid debtors.

I think Bernanke's choice of quantitative easing might have been the right one. Our banking system was an overstretched balloon that became untethered, flew around spewing out (actually destroying) trillions of dollars of assets. Maybe to stabilize the banks you have to do some partial reinflation. A bank has a better chance if it receives 80 cents on the dollar than if it receives 40. The strong debtors, who are paying back in full, rather have values rise to that 80% level than stay in cellar.

So I don't really believe that Bernanke has been pouring trillions of new dollars into the economy. He's only been replacing some of the destroyed trillions. Is this really true? What are the consequences? Um, um, let me cogitate some more. Or maybe I should just be forthright and say that I don't know if it's the right course, but it looks sensible to me (for the reasons I stated), and I haven't heard any other positions that were stronger. We'll have to see how it works out. And, of course, PRAY. 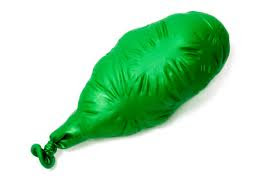 MP - while I appreciate that Bernanke has a difficult job, I don't agree that he inherited the mess or that your seemingly throw away line about him having "contributed to the problems" is adequate. He was a member of the Board of Governors since 2002 and also served as the President's Chairman of the Council of Economic Advisers during this period. Quite simply, he has had on major levels of action for a full decade and when you consider that he has had close relationships with those in power for much longer, I think appreciation of the task without pity is a better fit.

All that aside, the real harm of the Fed's action is borne by savers and people without much debt. Forcing interest rates to near zero in order to keep borrowing costs low for consumers and governments, puts savers in the position of having their planned lifestyle undermined or having to place funds in riskier places in order to get the return they have planned to get in savings accounts, CDs or Treasuries.

I don't feel bad for people with a lot of cash, but people with even a few hundred thousand who had worked an entire lifetime to put that aside for when they retired are those who are paying the biggest price for this policy. All in the name of bailing out those who didn't plan well or made poor choices.

I recognize that the good choices are few, but the consequences are being placed on those who least deserve it.

@Anon, thanks for the excellent points that you raise. You're right that I underplay Bernanke's contribution to the problem. I have to admit to laziness--I looked up when he became Fed chair (2006), and didn't consider how involved he might have been before that.

However, the point that savers were so much harmed, while true, is somewhat strange. I don't understand singling out this particular group when almost everyone has been hurt in this debacle. The "real harm" is being very widely borne, and the benefits and quick bucks went to a relatively small number.

I wish with all my heart that there was a legal, ethical way to claw back a reasonable portion of those losses, but I don't know how and it's beyond me to design such a system.

MP - Fair point regarding the harm to savers vs. everyone else. The problem with singling-out savers is:

1) You discourage future saving, which is the only way for the economy to grow in the long term.

2) You hurt older workers and the elderly, who can't just make back their losses in the next boom economy. Unlike younger workers, their loss is unrecoverable.

“I wish with all my heart that there was a legal, ethical way to claw back a reasonable portion of those losses, but I don't know how and it's beyond me to design such a system.”

The only way to undo the paper losses would be for the Fed to print more paper. Of course, that method of reviving the economy (which we are in danger of repeating) would require even more printing than last time, since we wasted and destroyed so much real wealth during the bubble.

MP - You might appreciate this article by John Taylor, who criticizes Fed policy from the perspective of a Keynesian:

He also finds some insight in Hayek, which shows the growing post-bubble influence of Austrian economists:

MP - et al: Another thing to consider before you eulogize some of the losses, is that the prior gains were too often on paper only and not supportable by any rational theory of growth. Simply put, if the underlying mechanics of our system plus productivity gains plus population gain should support growth of X% per year, then amounts beyond that might be considered to have been manufactured (by whom and to what end is another matter). As such, giving back those gains should not be considered the same as backtracking actual, supportable gains.

I've not seen a good analysis of this, but I suspect that even if we are truly creating less output than we ought to be, that we are not off by as much as we thing we are when measuring off bubble highs.

And thanks for the kind words about my prior post.

Anonymous - Yes, that’s exactly what I’m trying to say -- the bubble growth was based on paper only. It never really existed. But while the growth of our wealth was illusory, the boom in spending it stimulated (consumer spending and certain kinds of investment, like home construction) was very real. The recession forces austerity on us because we have to pay for spending that turns out to have not been backed up by real wealth.

@Anon, I think some of the losses were more than just paper losses. Didn't some German ladies spend real euros to buy worthless mortgage securities?

But I do agree that that a lot of assets were artificially inflated, and it would be better to try to avoid that again, please. However, I still think partial reinflation is wise. Do readers agree or disagree?

@Couves, Thanks for the articles. The Taylor piece for WSJ is especially cogent.

One question though--he doesn't seem especially like a Keynesian. Why do you say that argument is from a Keynesian viewpoint?

I don’t know how Taylor identifies himself, but he has made important contributions to Keynsian theory: http://en.wikipedia.org/wiki/John_B._Taylor

However, he believes that the stimulus pursued by the Fed has been excessive, which probably sets him against most other Keynesians (His career has also placed him closer to Republicans than Democrats.). He originally proposed what’s called the “Taylor Rule” which is a formula for the Fed to set interest rates, which has been unofficially followed (or perhaps not… see below): http://en.wikipedia.org/wiki/Taylor_rule

Taylor claims that the Fed inflated the bubble by deviating from his Rule. Bernanke claims that the Fed did not, in fact, deviate from the Taylor rule. Needless to say, there are different variations of the Taylor Rule! (I don’t have a link for this, but that’s what I concluded after researching it at one point.)

John Taylor is someone I can imagine Romney appointing if he wanted to take the Fed in a somewhat different (more stable) direction.

@couves, Thanks for a great tip. I'll be watching and hoping for an appointment of Taylor to the Fed board.

MP - Yes, I think Taylor would make a really good choice… a little searching tells me he may be even closer to getting the job than I had imagined (at least if Romney wins):

@Couves, John Taylor looks like he'd be a good choice no matter who is president. However, I haven't seen the opposition research on him. Do you know anything dark and dismal about him? ;-)