The GOP isn't going to let Obamacare die because it's a terrible program that people will hate or because it will cost too much. No, they have to torpedo it by all means possible. That includes making sure NFL players don't appear in any public service announcements. (How to prevent that? Intimidating letters to the commissioner.)


But to do everything possible to undercut and destroy its implementation—which in this case means finding ways to deny coverage to many who lack any health insurance; to keep millions who might be able to get better and cheaper coverage in the dark about their new options; to create disruption for the health providers who are trying to implement the law, including insurers, hospitals, and physicians... —is simply unacceptable, even contemptible. One might expect this kind of behavior from a few grenade-throwing firebrands. That the effort is spearheaded by the Republican leaders of the House and Senate—even if Speaker John Boehner is motivated by fear of his caucus, and McConnell and Cornyn by fear of Kentucky and Texas Republican activists—takes one's breath away. 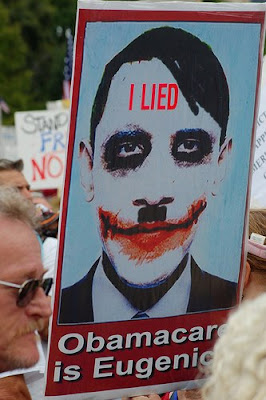