Nothing much to say about that

My interest in political observation has finally dropped. It's been over two weeks since my last post, and I'm not finding much to talk about. Most of the Republican leaders and presidential candidates are shaping up to be knee-jerk idiots who are against anything related to Obama. But that happened 4 years ago too. I watched the show then, figured out the ending before the actors and directors did, laughed at them during their screechy antics, etc. It's 4 years later, and I'm too jaded to do that again.

So I won't be writing about the latest GOP idiocy every week. If there was good news from the GOP, that would be a wonderful topic to write about--such happy news and so unexpected... but that's not going to happen, is it? The talk-radio idiots are fully in charge of the GOP agenda, so there will be no good news for the foreseeable future.

I was mildly interested in what happened in Indiana, but everyone piled onto that one. I'm ambivalent. On the one hand, I believe in conscientious objections. On the other hand, the analogy and experience of racial discrimination shows that there's no room for exceptions in the public/business world. Most people seem to see only one side, but I see both, and I'm torn.

However, I also see the legislation as a stunt by the GOP party in Indiana--a little poke in the eye to show who's in power there. It deserved to backfire, and it did. The lesson is not to poke people in the eye. A good lesson, but I already know it.

So, we'll see if anything comes along to pique my interest again. But I doubt it, and I don't even wish for it. I don't see a path to better politics in this country in the next 1.5 years. I just pray it doesn't get worse than the current level of terrible. 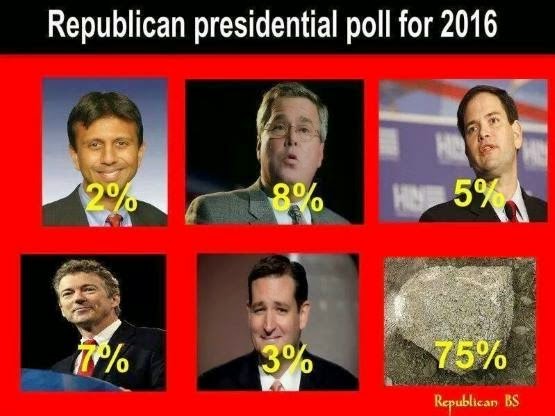