Can I make decisions based on conscience?

Yes, I can and I do. In my field of work (healthcare), I've had to deal with issues of judgment and conscience. I've broken company rules to comply with the wishes of a dying patient. (That was an easy decision, by the way.) I've told doctors that I wouldn't perform actions that they requested. I've done my best to make sure that even someone who was frequently an asshole was treated fairly.

I don't want a job where I can't exercise judgment--where my boss or the company policies are the final word on all matters.

Yet that's what is contemplated for some small business owners. They don't have the privilege of turning down work based on conscience, if their conscience tells them it's wrong to participate in same-sex weddings.

I'm not saying that everyone who declares that they'll never be part of a same-sex wedding has examined their conscience. We all know that some people don't examine anything, but are zipperheads in the thrall of talk radio blowhards like Rush Limbaugh. Here's a mechanic who won't fix cars for clearly gay men. This guy is not a conscientious objector--he's an anti-gay bigot. There's nothing in Christianity telling him that doing diagnostics on a gay man's car is aiding and abetting sin. His decision is not as a Christian but as a hater.

But I have no doubt that there are many wonderful Christians who are sincerely against same-sex marriage. I hope there's room for their consciences just as I want there to be room for mine. 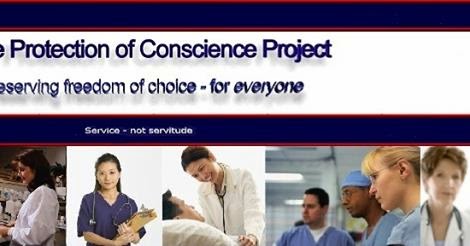 There are reasonable lays and silly laws in this regard. Providing a blanket defense of "conscience" for criminal or tortious acts or refusal to act is not a solution, however. If you refuse to comply with company policy, there's a good chance you'll be fired. If that failure resulted in your employer facing damages from a lawsuit, they could attach you and recover those damages from YOU under some circumstances.

So the mechanic who discriminates in commercial services could be liable for damages under various federal and state statutes. I think these are good laws limiting mischievous supposedly free exercising of conscience, which really just make things worse for everyone else.