This idea suddenly flashed into my mind. The Tea Party is not just misleading the GOP, they are ruining it in a very particular way. Some of them are so horrific, grotesque, and unreal that they are figuratively like the Titans, those ancient Greek god-monsters who even ate their own children.

What got me thinking this way? The musings of Congresscritter Pete Sessions, filtered (unreliably) through MSNBC. He says the Obama administration is responsible for "murdering Americans all over our cities." I suppose this isn't actually worse than accusing Obama of trying to destroy this country, an accusation GOPers make regularly--regularity in the bowel sense being applicable.

What they aren't doing is coming up with SOLUTIONS FOR REAL PROBLEMS. Not even partial solutions. It's as though they are totally out of the solution business, and 100% into the propaganda business. Even with control of both the House and the Senate, they aren't any more realistic in their political statements and policies. Instead, they're sending letters to the ayatollahs, coming to the brink of shutdowns, and then figuring how to sneak away.

This negative, destructive, obstructive behavior seems to be all that the GOP are capable of. That makes them comparable (again) to a giant with a club, like the Titans. With this being the situation, how is the GOP going to sell the idea that they deserve the presidency too? Voting for them would be like voting for the Titans to be our rulers.

On the other hand, maybe the Dems are a pit of vipers. If so, the choice is between vipers and Titans, and the Titans are perhaps preferable. It's so sad that we have to live though these mythological horrors. We were supposed to be all done with that kind of monstrous world, weren't we? 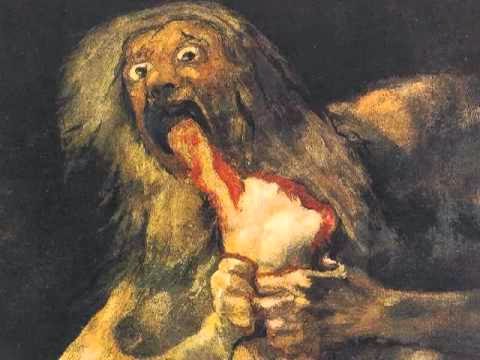