The crazy debate about which Americans caused the rise of ISIS

Which stupid American or Americans are responsible for the rise of that murder/torture group extraordinaire called ISIS?

The usual conservative story is that it's Obama's fault. He took all the troops out of Iraq, and that's why we have ISIS. (Examples: typical versus more intelligent than usual.) The usual Dem counterpoint is that Bush destabilized the region.

Why isn't someone pointing to players in the Middle East? I doubt that Obama was involved in financing and developing the recruiting strategies. So who was?

This story fits into the narrative that the US is so strong it can do anything or prevent anything, if only we were cognizant and had the will to act. Any failure in the world can be laid at our feet because of something we did wrong or something we should have done right but didn't.

In the case of ISIS, I reject that thinking. The Sunni paymasters have put together jihadi force after jihadi force. I'm not sure how we're supposed to prevent that, short of taking over the oil-rich Gulf states. A bunch of rich Saudi/Gulf guys support jihadis in Afghanistan, and that's good, Then they support a bunch called Al Queda, and that's bad. Then they support a bunch called ISIS and it's bad. However, the pattern time after time is A BUNCH OF SAUDI/GULF GUYS SUPPORTING JIHADIS. Doesn't that tell us how this happens?

It's true that maybe we should have foreseen that the 'Arab spring' uprising in Syria against Assad was going to be an opportunity for the rich Gulf guys to raise another jihadi army. Maybe we became too enamored of the Arab spring idea, and the many brave Syrians fighting for freedom. Maybe we missed all the signs that it was a civil war that would attract outside money that would mushroom beyond Syria. Or maybe there were hopeful, optimistic reasons why we didn't foresee it. Not every Arab spring uprising has turned into a jihadi murder-fest. Tunisia didn't (not yet, at least). Egypt didn't. So we had hope for Syria, and we were wrong. Does that make it our fault?

I don't think so. There were Syrians fighting against Assad. Money and fighters were flowing into Syria, and hardly any of it was from the US. So why is it our fault? Assad wasn't our puppet. The rebels weren't our proxy fighters, dependent on the US. No, the conflict would have developed the same way, regardless of what the US did .. unless we chose to level the entire country. Then it might have gone differently.

But bombing a country out of existence isn't a good tactical or strategic choice. Well, it isn't the usual choice. Has any government tried it and found that it works? Not that I know of. I don't particularly want the US to be the trailblazer of that strategy, do you? 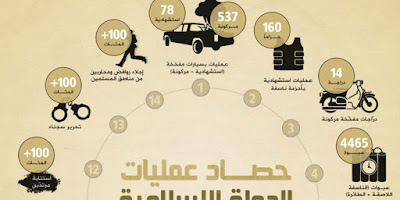 Update 7/27/16. Detailed, frightening story about the beginning of ISIS.
Posted by ModeratePoli at 1:46 PM

It's pretty clear that the GOP wants to push the narrative of Obama being responsible for ISIS because it falls right into their sweet spot: take a complex situation that isn't so bad (for us) and blame your opponent for it. Since you can say just about anything about it and have it be partially or spinnably true, you get media truth on your side, and the semi-intelligent talking heads giving you cover, even if their cause/effect is shaking.

The Dems have a solid media truth at their disposal, too, and one that will probably insulate them from most public opinion: it's Bush's fault for destabilizing Iraq. That defense has the advantage of being more true than what the GOP charges Obama. The GOP knows this but hopes that since Bush is gone and Obama is there, he'll end up with more blame in the long run.

But that doesn't matter unless ISIS actually hits the US, and not just a random citizen or soldier or journalist over there. There's simply not enough blame to assign so it's a non-issue.

If they wanted to, the Dems could effectively charge with GOP with encouraging so they can reap the political rewards for a higher level of chaos. The Dems (unfortunately) don't seem to have the kind of blood-lust, since the GOP could sure use a dose of comeuppance for this kind of political tactic.

The truth is that Sunni and Shia have been killing each other for centuries, care a lot more about that conflict than they do about the US, and only use the US as a rhetorical and occasional violent target to support their political position among their followers. So there's a mirror image of the GOP and ISIS more than the Dems and ISIS in messaging. GOP: "If the US were stronger, we could defeat ISIS and rule the world." ISIS: "If we were stronger, we could even defeat the US, so the Shia would be no problem."

I could continue with this messaging back-and-forth to its conclusion, but I think you get the idea. For most people in the US, until they actually experience ISIS as a threat, there's no urgency to demanding action. In the Middle East, while ISIS is busy fighting the enemy in front of them, their rhetorical attacks on the US is just a distraction (and our bombing an annoyance) and their hatred of Shia is a bigger motivation.

I think you can guess what hatred motivates the GOP -- and it's not ISIS. They care much more about the enemy in front of them, too.

@dangerous, I hope you're right that most Americans aren't playing the blame game because the problem is confined to the messy Middle East.

If I understand history, the Sunnis have been the more murderous and oppressive, and the Shia have mostly been the targets. Of course, I might not be going far enough back. Perhaps there was a huge slaughter of Sunnis by Shia a thousand years ago that is not forgiven. I was thinking that it's a good thing that Europeans aren't butchering each other like that anymore, and then I remembered that it's only 70 years since they were doing it bigtime. That diminishes my sense of superiority.