Hillary being stupid on Syria

I think I'm hitting my limit with Hillary. She is making one pandering bad decision after another.

This time it's calling for a no-fly zone in Syria. As a candidate, she can do this without political cost to herself, as she isn't the president who'd have to deploy forces, order missile attacks, order shots fired at Russian aircraft, and deal with the consequences.

She should shut up and rethink her position.

Syria has proven to be a no-win situation. We dislike Assad, but we dislike ISIS even more. The only people we half-way trust have failed and/or been crushed. We should chalk this up as a short term loss, with the long term not visible at all at this point. Unfortunately, the hawks in the US aren't able to accept this loss, and they seem to want to throw more into this no-win situation. BAD IDEA!!! I don't know how much clearer it could be. 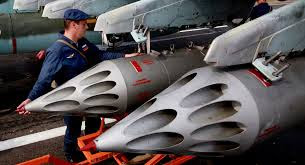 You want a piece of this?
Image: middleeastmonitor.com

Posted by ModeratePoli at 1:01 PM

I'm with you on this one, MP. Reflexive military moves are never the appropriate response in a no-win situation. One mistake and in a war with Russia (or at least a real bad diplomatic situation), when they seem to have anchored themselves in a civil war which neither side can or should win.

In this case, it's a no win for us because there's nobody to root for. The so-called "moderates" in Syria fighting the dictator Assad will never be our friends whether we help them win or not, which we can't do anyway since they don't have the support of most of the people. I watched Obama on 60 Minutes and he tried to tell Steve Croft this but couldn't find a way to do it without appearing weak. So he fudged.

It seems Hillary can't afford to appear weak, either, so she's playing the hawk to either a) pander to the militarist wing of her party (not much there), b) guard her right flank, or c) both.

The same goes for ISIS in Iraq. Let them chew on being in charge for a while and they'll end up with their own form of a civil war.

If not for Israel and oil, we would see the Middle East as we do Africa. I think most Americans would agree that if it's a choice of staying out of Syria and Iraq or going to war, they would stay out. Of course, the GOP wants to suggest that "strength" combined with some no-cost military stance would get the job done over there. But ISIS is not a real threat to us, never will be, and we could crush them easily if we needed to, but only at tremendous cost for no gain.

If Syria is so obviously a no-win situation, how will Hillary back out of what she mistakenly said? Maybe she'll give it some time, and then use the excuse that the facts on the ground are different.