Rant on our horrific choices

How crappy are the political conditions in the US that our choices are Hillary Clinton or Donald Trump?

In one corner, we have battered Hillary Clinton. She and Bill wanted both money and political power, and they've cut lots of corners to get the money. While there are innumerable false complaints about them, there is plenty slime that they created and sticks to them. Here are some: Vince Foster (FALSE), cattle futures (LIKELY), monetarily motivated pardons (LIKELY), rapes by Bill (HYPED by GOP operatives), State Department favors in exchange for Clinton charity donations (SERIOUS AND PLAUSIBLE).

In the other corner, we have Donald Trump, a modern-day ringmaster with a circus of his own follies. One of his follies is starting to believe his own hype. He's said he's the only one who can fix the problems in the US, the Mideast, and probably the world. Who actually believes that kind of talk? Too many Americans, for one. Maybe half of Trump's supporters believe he has something special. Maybe the other half hope and pray that he'll bring some change to the constipated, blocked, inefficient government we now have. Yes, they hope Trump is the enema that the US needs.

What's especially sad is that these two were picked in competitive primaries. That means the other choices were too weak, too unpopular, or too weird to be chosen. Or perhaps our parties and our politics are frightening away the better candidates, or suppressing them, muzzling them, or turning them into cookie cutter clones.

I hope sometime in the next 10 years to have a candidate I really respect. At the rate we're going, that isn't going to happen, and the US will continue its slow slide down the tubes into mediocrity. 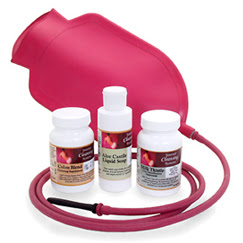 Posted by ModeratePoli at 2:00 PM

I could hammer away at all of the shots at Bill and Hillary and point out that they are all based on supposition upon supposition. After 25 years of constant attack and politically motivated investigation, they've found exactly nothing that broke the law or even bent it significantly.

But it's more than that. Anyone with any REAL skeletons would have been crucified by now, and not just politically. Bill certainly has a sexual history, but you can hardly blame Hillary for that politically. Mostly, Republicans hate Clintons because they find ways to win, even if it means winning ugly. But once in office, they do the job VERY well, as the Clinton years both economically and in world affairs proves. Clinton presided over a booming economy and ended on a surplus (despite the fiscal excess of 12 years of GOP leadership) and started no major wars. Hillary got handed a geopolitical mess (just like Obama got handed an economic mess) and did what she could to keep the ship of state afloat. The result is no new large wars, a deal with Iran that makes the world safer and keeps gas prices low, and with President Obama has rebuilt a tattered American image after Bush/Cheney.

Naturally, the GOP won't admit any of it was their fault or that Obama, Clinton or Clinton had any success whatsoever. It's so much easier to push false equivalency to get honest but somewhat naïve "moderates" like you decide that the Clintons are dirty. They must be, right? Lots of money floating around them. Lots of questions.

But what evidence do you have that the Clinton are motivated by money for themselves? They don't live lavishly. They continue to serve, despite losing major opportunities for money. And their foundation takes money to do good for people, even if that money might be a little dirty. Now if they took bribes for themselves, you might have something worth checking out. But they donate $3 million a year to their foundation. Trump donates exactly zero to his.

The Clintons are not the best or most honest politicians out there. They are not the best this country has to offer. But they know how to win and that's critical if you want to prevent terrible alternatives.

If Kasich were running for the GOP, I might be inclined to give him a real look, although he's full of it much of the time, too. Between Clinton and Trump or any of the other clowns the GOP might have nominated, there's no comparison. She's one of the most qualified, experienced and -- I'm going to say it -- trustworthy person ever to run for office. She's never found to have done anything badly wrong with bad motives because she doesn't do that. Hillary is the result of a good, decent person being attacked for 25 years because she has powerful and ruthless enemies. If she were really bad, she'd be toast already.

And the GOP knows it. That's why they have to go to hyperbole about her needing to go to jail or be executed!! And most of them are serious. Again, if she should actually be in prison for -- what exactly, proven beyond a reasonable doubt -- she would not have gotten millions of votes.

Trump is in court for ripping off thousands of people for HIS OWN GAIN. Show me one case where Hillary or Bill did anything remotely close to that for personal profit.

There is one decent choice and one totally awful choice. Hillary may not have a soul, but Trump's soul is twisted, his children notwithstanding. Recall that the Commandant in Schindler's List was also beloved by his children.

It's hard to take you seriously when you accept a false equivalency between Trump and Clinton simply because it's a widely held opinion.

@dangerous, I am clearly not a hyperbolic screamer about the Clintons' corruption. But it's important to be honest about their faults, and that's what I'm trying to do.

You say that the Clintons don't live lavishly, but they live well beyond the typical upper middle class lifestyle. They have a house in Westchester that is over 5000sq ft. They have structured their lives so that they can continue to pursuing their political influence while taking donations that support them in a lot of flying around the globe and hobnobbing with other powerful people.

There have been questions about whether donations have influenced State Department decisions while Clinton was SoS. I haven't seen anything that was a slam-dunk of this, but the structure of the organization certainly made it possible. The Clintons could have dispensed the concerns with transparency and hiring a clearly honest investigator with access, but they haven't done that. Therefore, questions remain.

I have never said that Trump and the Clintons were equivalent in dishonesty, corruption, and risk to the US. However, I do point out that the Clintons have a lot of real negative baggage. That isn't playing an equivalence game--that is honest acknowledge of their faults.

Michael Moore has an op-ed out about why Trump will win (linked on my post).
I'm sure raising money has a lot to do with chasing good people away from entering elected politics.
Trump is a spoiled brat who would fail a Dale Carnegie course.
In the end, the American voter is more than partially to blame.

@Luke, I'm very curious about how you found my blog and what you like about it.

I found it on a random "next blog" search.
Because you talk politics.