How should the country prepare for post-election tantrums?

Donald Trump continues to troll the entire country with his ludicrous claim that the only way he'll lose the election is by massive voter fraud. In last night's debate, he pointedly refused to say that he'd be bound by the result. Today, he says he'll accept the result if he wins.

And if he loses, as every reality-based analysis points to, what will he do? I'm not expecting a suddenly humble Donald Trump to make a cordial concession speech. I'll be surprised if he concedes at all. But what I fear most is Trump calling for his followers to resist the results.

I think state and federal emergency planners should be preparing for what might happen. But how do you prepare?

First, emergency planners should consider likely scenarios in their particular regions. Here in Massachusetts, the election results are unlikely to be close, so I doubt people will be storming the town halls to 'guard' the ballots. I don't know what is likely to happen elsewhere--that's the kind of local knowledge I don't have but emergency personnel in each area hopefully will have.

The planning for election day and the days around it should be the sort of thing that is familiar to any police department that's had to deal with a controversial trial. Having plenty of personnel on schedule or on call is a good start. Identifying flashpoints is also important. I can't guess much beyond that because that's never been part of my job. It is part for their job, and it's definitely something police chiefs should have underway. I wouldn't be surprised to hear from some national groups making public service announcements about 'American tradition' and 'safe and respectful voting' and 'listening to the voice and votes of the people.'

I'm glad I don't live in a state where open-carry enthusiasts might converge. Hopefully, planning in Texas is well under way. Philadelphia has already been targeted, so they had better be planning too. Other areas where the danger is higher: Georgia, Arizona, Florida, Ohio, Nevada, and maybe others.

Despite my concerns, I expect a strong and well-planned response by police and government, and minimal trouble with minimal injuries and damage. Not none, but minimal.

Maybe a few days after Election Day, Trump will realize that he can't provoke much reaction anymore, he will good and defeated, and a major threat averted. We shall see, but planning now is important and shouldn't be overlooked. 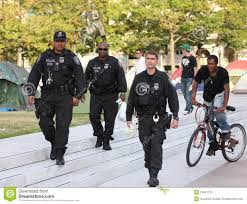 
Posted by ModeratePoli at 9:12 PM

I recently wrote in a column, locally, (Joplin, MO) that if I were still on active duty in the military and either Trump or Hillary became the Commander in Chief, I would seriously consider resigning my commission to serve. That would be an extreme and very personal form of protest, no matter who wins the election. But it would not be violent.

Today when things don't go the way some want protests turn into riots. Consider the country's reaction if Trump won!! OWS, BLM, New Black Panthers, just to name a few could well ..... On the opposite side we now face the possibility of white riots and violence. Such is the current state of politics in America and there is no leader on the horizon capable or even willing to attempt to heal that divide through compromise.

From 1965 through 1988 I served on the tip of the spear during the Cold War in nuclear submarines. I served with loyalty and confidence that the country "had my back" and that the many "missions" I conducted on such ships were "the right things to do". Now we send such men and women into harm's way with a total lack of strategic vision and sound purpose. With Trump I cannot imagine the commander of such a ship given the order to use weapons of mass destruction having complete confidence he would be doing the "next right thing".

Ever since 9/11 we have escalated our national debt from about $1 Trillion up to now $20 Trillion. Trump is correct that we can "no longer afford to ......", no matter who becomes our next President.

So if we cannot buy our way out of trouble, well what next I will ask President Hillary. I shutter to consider her answer. But she better have enough money to turn out the national guard when OWS, BLM, NBP, etc. turn to the streets and face an equally "deplorable" white mob of poor red necks, this time around.