I wrote long ago about the breakdown of bipartisanship in 2008/2009 even in the midst of the economic crisis. I was reminded of it today while reading an interview with Obama:


"When I came into office, my working assumption was that because we were in crisis, and the crisis had begun on the Republicans’ watch, that there would be a window in which they would feel obliged to cooperate on a common effort to dig us out of this massive hole. ...I vividly remember having prepared a basic proposal that had a variety of components. We had tax cuts; we had funding for the states so that teachers wouldn’t be laid off and firefighters and so forth; we had an infrastructure component. We felt... we would begin negotiations with the Republicans and they would show us things that they thought also needed to happen. On the drive up to Capitol Hill to meet with the House Republican Caucus, John Boehner released a press statement saying that they were opposed to the stimulus. ...And I think we realized at that point ... was a calculation based on what turned out to be pretty smart politics but really bad for the country: If they cooperated with me, then that would validate our efforts. If they were able to maintain uniform opposition to whatever I proposed, that would send a signal to the public of gridlock, dysfunction, and that would help them win seats in the midterms."

Many conservative commenters have harped on a large meeting Obama had with most of Congress, where he said "I won." They have claimed those two words were enough to ruin the budding relationship, and therefore it was Obama's fault that Republicans didn't work with him. This is such bullshit--that two words would have been enough. But I wanted to look at the contemporaneous reports of this meeting.


"Vintage O: Always willing to hear the other side out, never willing to actually vote with them. ... The GOP’s simply not going to obstruct Hopenchange this early, when he has this much goodwill from the public, when the economic circumstances are this dire, and when even conservative economists are endorsing some sort of stimulus."

Fascinating. That conservative author had already decided that Obama was the problem because he wouldn't listen to them. That's such a contrast to Obama's memory of it. I have to support the notion that the GOP already planned to oppose rather than negotiate, and had their talking points prepared, as in this one from Boehner:


"How can you spend hundreds of millions of dollars on contraceptives? How does that stimulate the economy?"

The GOP version of the stimulus was to have only permanent tax cuts--no money for states to maintain teachers and police in their jobs, no money for working poor in the form of rebates. The GOP wanted only their version, or there would be no GOP votes for the stimulus.

A few GOP senators defied this solid opposition, or there would have been no stimulus, with the GOP reaping the well-deserved blame. The GOP avoided that big mistake because there were enough Dems to vote for the stimulus, but that only allowed them to continue the strategy of heavy obstruction and almost no negotiation.

That remains their strategy through the present, and probably into the future. That strategy started right at the beginning of 2009, and it wasn't due to intransigence from Obama, no matter what they claim. 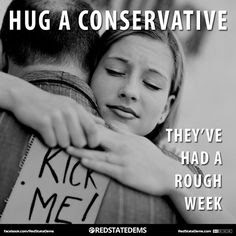 ...because they didn't win.
Image: pinterest.com

Extras. More talking points from the GOP from January 2009. Tight cooperation between the GOP and Fox News. NY Times report from late January 2009.

Update 10/5/16. A different viewpoint on the incidents discussed here.

Posted by ModeratePoli at 8:06 PM

That will be (obstructionism) the strategy for president Hillary also, so lets hope Democrats get majority, at least in the Senate.
If I remember correctly, Obama reached out to Republicans and met with them first after his inauguration, not the Democrats. At the time he was told by Republicans he would get no help from them and Republicans declared their priority was to make sure Obama was a one term president. Not a real surprise from the opposition, but they definitely put party before country. The result was the most unpopular, do nothing Congress in history. Even after Obama extended the Bush tax cuts and other Republican policies, Republicans dissed Obama. What a waste of time.
Barry Goldwater, "Extremism is no vice.........." The hell it's not!