I haven't been writing much about politics because there's nothing positive to inspire me. It's the same stupidity that we've had since 2012. Republicans still don't know how to negotiate on appropriations, so they end up caving and sticking with the status quo.

This year some of the actors on the stage are different and worse. Hillary is still secretive and having trouble admitting her mistakes. Maybe she learned a lesson from her poorly received comments about how the FBI 'exonerated' her, because she was straightforwardly apologetic about her email server during the first presidential debate. However, secrecy does seem to be her to-go method to handle any information that shows her being less than perfect, including the human trait of susceptibility to illness. Hillary and her campaign didn't acknowledge that she was ill with pneumonia until she collapsed at an event. She could have shared the truth, but chose not to. We'll have to see how frequently she hides the truth during the rest of the campaign and in her administration if she's elected.

Although Hillary has a secrecy problem, Donald Trump has more problems than I can count, and they've been erupting despite his campaign's efforts to keep him in check and help him act presidential. Trump is a braggart who is temperamentally unable to back down from a challenge. He claims to be the best in all things so he can't admit or learn from his mistakes. This was clearly on display during the first presidential debate, when Trump was able to temper his comments during the first 30 minutes, but then slid further and further into his reactive mode, being accusatory, interrupting, disrespectful, petulant, and whining (about 'not nice' anti-Trump ads).

Since the debate, Trump has feuded about his treatment of a beauty contest winner (why he was justified in calling her names) and threatened to ramp up his criticism of Clinton into new areas. Some of his comments have come as tweets in the middle of the night, so probably weren't vetted by his campaign advisers. So far Trump hasn't increased his criticism of the Clintons that much. He questioned Hillary's loyalty to Bill and her sanity, but this isn't much of an increase in rhetoric considering what Trump has said about other people.

Yet I sense that Trump could blow at any time, and start spewing all kinds of conspiracy nonsense about the Clintons from the deep well that conservative media has filled for over 20 years. I really think this will happen because Trump has met my low expectations every time. He's fundamentally remained the egotistic blowhard who can't and won't learn to be better than what he already is. He may be able to be rational for a few minutes, hours, or days, but not for an entire week or 5 weeks until the election. I have to wonder what extreme anger Hillary or the media will goad him into. I feel certain there will be more, but I can't predict the direction Trump will spew at. But I am almost certain he will erupt with devastating results. 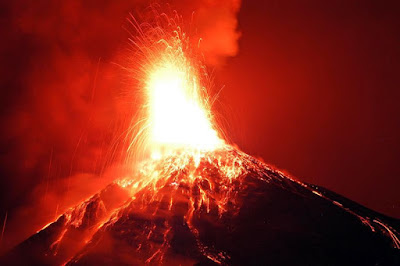 Posted by ModeratePoli at 6:41 PM

If Mrs. Clinton becomes president (I'm ASSuming she will) I expect some scandal. Her tendencies to bend the law and do things a secretive as possible is part of her working character.

@luke, there is always some sort of scandal. I agree about her tendencies, but I also think she's capable of learning. We shall see. Perhaps we'll both be pleasantly surprised.