Research in the anti-semitism situation in Montana

Most media outlets haven't dug into this story yet. If and when they do, they'll have better resources than me, and maybe reveal more than I've found.

With that caveat, this is what I've found. The mother of a white supremacist political leader Richard Spencer lives in Whitefish, Montana. She owns and manages a building that she developed. Allegedly she's allowed her son to operate from real estate that she owns. Allegedly she was threatened with boycotts and demonstrations if she didn't sell the building. (Please assume "Allegedly for the rest of this post.) The person making the threats was a realtor who also wanted to find a buyer, make a commission, and collect a donation for a local human rights group.

Here are some of the insults they use in the article:

Oh, but they also admonish their followers, after requesting a troll storm, to do this: "And as always: NO VIOLENCE OR THREATS OF VIOLENCE OR ANYTHING EVEN CLOSE TO THAT."

It looks to me that the message is to harass them, and whatever, but don't threaten them, wink, wink. I mean, there's nothing threatening in this photo, is there? Nothing bad ever happened from wearing or labeling anyone with that yellow star, right? 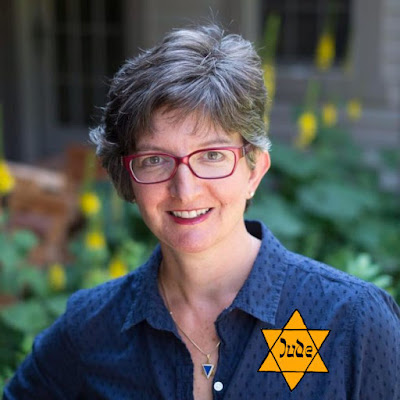 So some Jewish groups complained about the treatment of the Jews identified (by name, picture, address, etc.) by The Daily Stormer, The website then raised the call to march through the town armed, expressing displeasure with any people or businesses that were supporting Jews or anti-hate groups. This could ratchet up even more, particularly if the march does occur. Hopefully, this will die down with no show of strength by neo-Nazis. But certainly I and many others will be watching.

Extras/links. Original Daily Mail story. First story on The Daily Stormer site. Emails provided by Spencer's mother. Her first-person account of the situation. Jewish news organization coverage and follow-up. The Daily Stormer follow-ups. Local coverage. CBS coverage with video about the call to march. Check out more of the lovely graphics and sentiments of The Daily Stormer, versus the anti-hate group they are targeting. 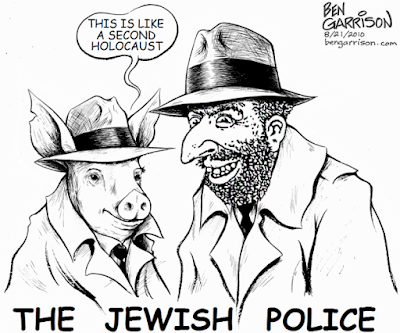 Posted by ModeratePoli at 10:29 PM