Catching up on even more links

Russian operations. This article states the case that there is some evidence, a bit of evidence, of collusion. So the claim that there's nothing, that this is all a witch hunt, that's not true. As for what Russia has been doing, and the worrisome things Trump has said regarding Russia, here's a round-up.

American political shooter. Here's some background on the man who shot at the Republicans from Congress as they practiced baseball. He fell for propaganda that Trump is destroying the country. Luckily, I haven't seen anyone proclaiming that the shooting was a good thing.

GOP talking points. It's been clear from the political threads I follow that there is a new set of talking points. Comey is a leaker and maybe the leaker. Mueller is no longer a good, honest, decent guy well-respected by both Dems and Repubs. Now he's a chum of the disgraced Comey, a partisan, and shouldn't be allowed to investigate anything. We didn't hear this a month ago when he was appointed, but now it's imperative to bash him. The funniest thing--you can read the talking points! 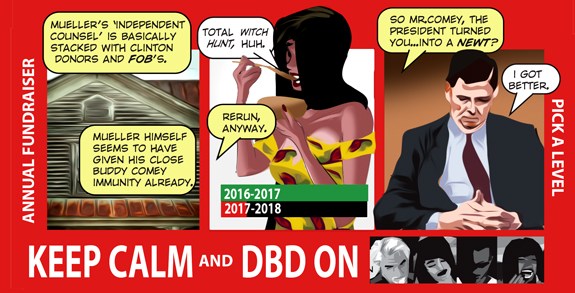 Posted by ModeratePoli at 5:51 PM