Unmasking unmasking. Republicans are trying to shift the attention on Russian election interference to the unmasking of names in intelligence documents. It turns out that the House Intelligence Committee asked for some unmasking itself. Perhaps unmasking names isn't as bad as they're pretending it is.

Clinton Emails. I had an argument with another Bloomberg commenter on whether we should assume Hillary's server was hacked, even in the absence of leaks of her emails. The commenter provided a link to a video clip of a former intelligence officials saying that he'd have no respect for foreign intelligence agencies if they hadn't hacked her emails. (Sorry, I can't find the link. It was a respectable news channel.) I don't think this is compelling enough evidence to say the realistic people must assume her emails were hacked. Fox News (not a respectable organization) claimed that it received info about known hacks. But I guess they backed down on that. This New York Times article discusses some reasons to strongly suspect it happened.

But a final bit of speculation: it was a very close election. If foreign intelligence agencies has hacked her server and had emails, and didn't want to see Clinton as president, isn't it likely that they would have leaked the emails before the election? Consider whether some not-so-Clinton-friendly countries like Russia, Israel, or Saudi Arabia had those emails. Would they not have tried to tip the election? If indeed she'd been hacked, I'm rather surprised that information hasn't clearly surfaced.

Trump is trying to hire... but will people serve? That's a good question tackled by this must-read article. There's a telling anecdote of an interview for a high position.

Unwarranted suspicion. The investigation of contacts between Trump advisers and Russians was started because of malice on the part of John Brennan, the former CIA director. The investigation was totally fake. Don't you believe me????? (I often don't believe the Washington Times.)

Trump war room. With Trump's return from his first foreign visits, he may be setting up a war room to fight back against the mounting Russia news blizzard. How they might fight back: Deny Russian contacts happened. Then claim what did happen is perfectly fine. Or get the supposedly recused chairman of the House Intelligence Committee to jump back in and run interference again. Or coordinate/non-coordinate with a group to run commercials attacking former FBI directory Comey.

Unfortunately, I doubt that they'll decide to be transparent on all Russia contacts. Cover-up and obfuscation seem to be the go-to strategies of politicians -- see Hillary and her email server. Also, a very readable speculation on Trump's mood and how it permeates everything.

Impeachment. A conservative gets that impeachment would be a fiasco. For the record, I don't see impeachment happening, due to the prez being a Republican and Republican control of the House. Duh! How the hell would it happen?

Don't cry for Robert E. Lee. The Atlantic has an illuminating article on the myth of Lee versus the reality. He wasn't exactly the reluctant defender of slavery. A good read as statues are being removed.

Paris climate accords. Trump, true to his rhetoric, pulled the US out of the non-binding accords. The effect is to make the US look greedy and rather irresponsible, and everyone else look more like grown-ups. Go, team, go!

Signs of more instability in the Mideast? Several major Mideast countries, including Egypt and Saudi Arabia, cut diplomatic ties with Qatar. What's going on? Even more infighting in that region, it appears. There are Muslims fighting the West, Sunnis and Shia fighting, Kurds being suppressed, and maybe now Sunnis fighting other Sunnis. What a mess. Here's a reflection: perhaps Obama was partly successfully in controlling the chaos. But he's gone now, and Trump's policies will give rein to more chaos. Update 6/12/17. An article explaining the Qatar situation. Another good article. More updates 7/16/17. Report that the United Arab Emirates probably hacked Qatar and placed false information to start this action. Trump doesn't understand this and isn't listening to the smarter cabinet secretaries. Secret alliance documents. Interesting, but the news story is somewhat muddy. Analysis that the Saudis are overplaying their hand.

Former libertarian turns supporter of welfare state. I guess he stopped fighting the wave and started communing and learning how the wave thinks. The wave wants the welfare state that is embodied by Social Security and Medicare. However, most GOP lawmakers haven't read between the lines, or won't be saying out loud that entitlements have won, even in the GOP. Because of this, legislative paralysis wins.

How to get caught leaking. Interesting background on the first leaker arrested in the very leaky start of the Trump administration. Possibly memorable trivia, but maybe throw-away trivia.

Rhetoric games. A National Review columnist notices one of the most common rhetorical tricks: 'Hey, what about this [outrage/blunder/hypocrisy]?' 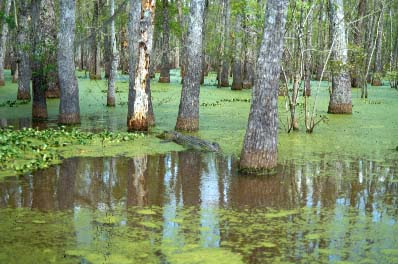 Posted by ModeratePoli at 3:24 PM