Read between the lines in the Flynn indictment. Better yet, let law experts do it and read what they write. They think Flynn is giving very important information and cooperation to the Russia investigation.

Tax cut dogma. Just when I needed to refute some jerk who thought the Laffer Curve was scientifically proven, I found this article about tax cuts and their effect on growth. Pretty concise.

Ramifications of US recognizing Jerusalem as Israel's capital. It's been a fact on the ground, but a diplomatic minefield. Candidates for president have made and then broken promises. Trump finally seems to plan to pull that trigger, but how bad will it be? As this article notes, it won't derail talks because there are no talks. Background on the role of Trump's son-in-law Jared Kushner, who seems to have an ego as big as Trump's. Of course there were riots in the short term. The long term will have to be seen.

A day as President Trump. A close look at what it's like to be President Trump. Kelly has brought in more discipline and focus, and Trump appears to have learned a few productive coping mechanisms.

A Trump fallacy and its effect. Trump isn't able to hear and accept the truth about Russia, its intentions and its interference. His own ego and insecurity don't allow him. However, he also doesn't seem to be in charge of policy with regard to Russia. It's a bad situation and could get worse.

A lesson in post-Soviet history. I hadn't known this important bit of history, where the NATO countries broke an unwritten promise on expansion. One lesson--it's not any kind of promise if you can't write it down and publicize it. Secret agreements--they're probably broken again and again.

Big ideas: Clash of world powers. This column starts as a book recommendation, but the issue is huge: the future of the world. Is our future more relative peace or a big conflict? Mostly pessimistic, but not entirely. 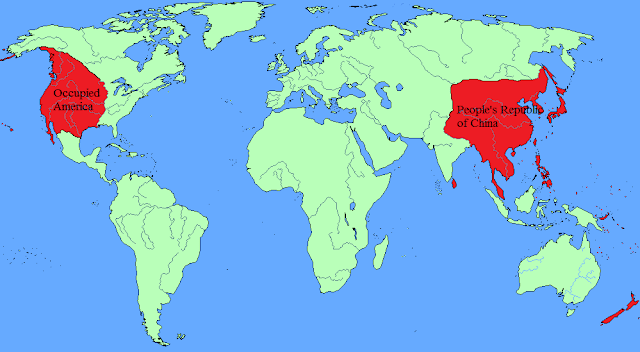 Posted by ModeratePoli at 1:09 AM