Conservative Supreme Court prunes worker rights. I appreciate both sides of this argument in general, but I think this isn't a good ruling. If we want a strong middle class in this country, we need support for workers. That's how we got the middle class.

Shootings. An account of what the school shooter from Santa Fe, TX said and did while killing his victim. Not a vantage point we usually get. Some details of police actions. Young Texans will probably not being leading marches for changes in gun laws. Accounts from first responders to the Las Vegas shooting. There were a lot of first responders, and it was more like a military battle because the shooter was so well armed and prepared.

More on Russia. For reference. The fake ads that Russians put out. So many that they are condensed in zip files. I don't really want to look, but I know I should. Mueller apparently used a Russian oligarch for a sensitive mercy mission. Not scandalous. Background on an undercover FBI informant who tried to find out what was happening in the Trump campaign. Trey Gowdy, in his sometimes-straight-sometimes-hack way, says that the FBI use of an informant in the investigation was appropriate. Great background and historical perspective on Russia.

Memorial Day reflection. When war becomes mundane and most Americans become detached, wars can linger and not be resolved.

Background on fentanyl. I have some knowledge of fentanyl, but this was instructive even to me.

Timeline on scandal. Trump friends Michael Cohen and Elliott Broidy were gathering a lot of money. At this point in the investigation, it may be a partial timeline, but it's already long.

Revealing more sexual harassment. University of Southern California is being sued over the behavior of one of its gynecologists. Surprise - complaints were ignored.

Well, then don't act like one. Lawyer claims he's not a racist after his non-racist rant went viral. And that kind of rant isn't popular in New York City, the home of large number of immigrants. 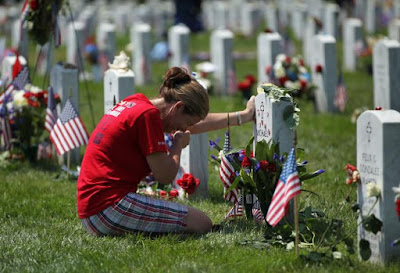 Posted by ModeratePoli at 2:58 PM