The sixth sense of Newt Gingrich

Is Newt Gingrich like one of the ghosts in the movie "The Sixth Sense" -- he's dead, but he doesn't know it? He's still running, but most of all he's still fulminating, this time overwhelmingly against his fellow Republican Mitt Romney.

After his Florida loss, Gingrich sounded angry, but channeled it well, speaking at length about what he would do on his first day as president. In that speech, the villain was Obama. Gingrich would be undoing Obama's evil or mistaken deeds. Then Gingrich was still full of optimism and big plans and big ideas.

His news conference after his Nevada loss was a different kind of affair. Gingrich was alone on the stage, but not at all outmanned. The event was billed as a news conference on the new direction for his campaign, but that wasn't how it turned out. If anything, he used the tactics that won S. Carolina, but on a different target. He focused his ire onto his archenemy, Mitt Romney, and all the various demons that are lesser enemies.

So in the news conference, there was a complaint against Mitt, then another against Mitt, then an unemotional comment on Ron Paul's advantage in caucuses, then rising anger at Romney central HQ in Boston, then a shot at the establishment, then disdain for the bankers on Wall Street who will be pouring money into Mitt's campaign, then a comparison between his situation in an underfunded campaign and Reagan's. Some other targets: Nancy Pelosit, Obama, George Soros, the reporter who asked if "Romney was in [his] head," Trump, but most of all, the "fundamentally dishonest" Mitt Romney.

Listening to Newt is like attending a Romantic symphony: he has changes in tempo, in mood, in tone, flourishes and crescendos. It's certainly a more interesting soundfest than Romney or Santorum. It's more emotional than Obama, and more varied than Paul.

So perhaps it's forgivable that Newt himself doesn't know he's dead. Or maybe he's just a dead man walking. He thinks he still has a chance. No, he's certain of it. There will be a reprieve, his truth and honesty are so incontestable, it has to be recognized. He will win the nomination.

What the rest of us know is what we've known all along. Newt has too much baggage to win or even compete. If Newt keeps fighting and his numbers revive a little, Romney will certainly unleash another onslaught. There is no end of the negative information (and video!) that can be turned into 10 minute news profiles or 30 second attack ads. Gingrich never had a chance, most of us knew it, but somehow Gingrich convinced himself otherwise. 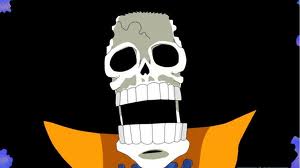 
"Newt pretty much ruined his own speakership. Pushing to impeach a President for perjury related to an extramarital affair isn’t wise when you are having an extramarital affair. As my daughter, a College Republican told me last weekend: Anyone who thinks U.S. voters are going to elect a fat old guy who likes to hear himself talk, resigned from Congress under a cloud, has been married three times and has more baggage than O’Hare is crazy."

"... It’s called politics. And I’m tired of Newt playing hard ball when it suits him and t-ball when someone hits back."

"You Mitt-wits need to back off. Romney has been one nasty SOB trying to diminish what Newt accomplished while he was Speaker of the House. Newt takes a lot of pride in his accomplishments there-as he should-and Romney really is only trying to twist the knife in Newt. I cannot stand Romney’s style of politics. If he wins the presidency, he will not have done it honorably IMO."

"I didn’t get a chance to check the closing market prices. Can anyone tell me what Newt’s dignity is selling for?"

"Newt Gingrich has revealed himself to be nothing but a desperate, power-hungry, angry, lying, petulant, petty windbag with zero class whatsoever."


Update 2/7/12. While researching my next post on Newt, I found Newt's web page explaining or refuting the many attacks on him. It's a must-read.

And laugh at how wrong my crystal ball was here.

Posted by ModeratePoli at 3:00 PM