With only the four GOP candidate left in the field, the differences among them should be getting clearer. But can you tell which candidate or candidates propose each of these policies:
I know it's important to get an understanding of the character, personality, and history of a person running for president. That's fine and reasonable. But we also need to talk about the direction the person intends to take the country, so policy proposals are critical. I want to know what the candidate's plans are for: the tax system, the budget, major government programs, defense, and foreign relations.

There hasn't been enough discussion and differentiation between the candidates on these issues, except, of course, for Ron Paul. He, at least, has more clearly staked out his policies. When I wrote up the list above, I was able to add his proposals (#1, 8, 9, and 13) from memory because he's been very clear in the debates and campaign appearances.

With the other candidates, it's not as clear. Who wants to do want with Medicare? What are the candidates planning to cut from the budget, how much, and how soon? What parts of the military are they planning to expand, and what will they cut? These are specific questions that each candidate should be answering now as he makes the case for why he should be nominated and elected.

I viewed the second Florida debate again with an eye to substantial communication about issues. Ron Paul, as usual, spent a fair amount of his time on his policy proposals. The others wasted most of their time. Santorum was fairly clear on his tax policy and timeframe for closing the deficit, though he neglected talking about specific cuts.

Gingrich talked about his two-speed tax policy (regular or 15%) but ignored the direct question of what effect it would have on someone like Romney. Gingrich's plans for closing the deficit remain all in his mind, not laid out for examination.

Now I know their Cuba policies, which is important to much of the Florida electorate, but not to me. Regarding my top concerns, I learned very little. However, Romney did directly put out an attack ad claiming Gingrich ... Oh, forget it!

This is quite a waste of a campaign if you care about each candidate's plan for governance, and that's what you'll vote on. Are Republicans satisfied with this? 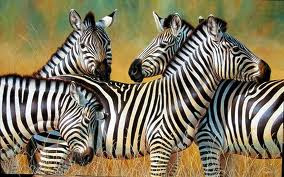 Which proposes a 15% corporate income tax?

Extra: An honest assessment of their personalities by a libertarian, non-crazy blogger.
Posted by ModeratePoli at 9:51 PM