According to Rush: Planned Parenthood

After my loads of research on Rush Limbaugh, I have several fascinating stories still to share. This is the first of the addendums.

A woman caller had this question: "Why is Planned Parenthood supporting the Plan B pill in the first place? Won't it cut down on abortions?"

Now, this is interesting. The Limbaugh line on Planned Parenthood (PP) is that their one interest is abortions. Yet this listener noticed an odd dissonance. If PP is all about abortion, why would they support contraceptives? After all, if contraception, such as the morning-after pill, is effective, you don't need abortion, so there are fewer abortions, and that is counter PP's mission.

This listener doesn't see that Limbaugh has been feeding her and all listeners a crappy half-truth. That possibility hasn't entered her mind, but she does pick up on this inconsistency, so she calls Limbaugh (the educator, the answer-man, the voice of conservatives) for an explanation. Limbaugh asks her to take her best guess for the reason, but she muffs it. So he steps in and builds the story:


CALLER: I had two questions for you. Number one: Why is Planned Parenthood supporting the Plan B pill in the first place? Won't it cut down on abortions?

RUSH: Well, great question. You want to try taking a stab at answering it yourself?

CALLER: ...They're mad at the Obama administration for doing away with it, so they're playing it both ways.

RUSH: Well, that could be. But what does Planned Parenthood stand for?

The agenda forward is women having abortions, whenever, however... It is true that the Plan B morning-after pill will impact the Planned Parenthood bottom line. So it just means that they'll go into the manufacturing business, or they'll invest (chuckling) in pharmaceuticals. I don't know. It's a great question, but the answer is: "Hey, what's the objective? Abortions!"

So there is the dissonance, but Limbaugh papers over it with the affirmation dogma that PP is all about abortions. In the real world of honest discussion, someone would explain that PP's goal is not just to perform abortions, but to give people, mostly women, the tools to manage when to have children. When that's the goal, there is no disconnect between providing contraception and providing abortion.

However, in Limbaugh's world, and according to many conservatives, abortion is the only reason for PP, so there is this inconvenient fact that PP also supports contraception like Plan B. Limbaugh can't explain it on his own terms, so he gracefully punts. I don't know if his audience notices or not. The caller doesn't get another word, so we don't know if she found the answer convincing or not.

Limbaugh goes on to criticize PP for falsely hiding its mission (abortion per Limbaugh) with the name 'Planned Parenthood:'

RUSH: Now, I know. I know there are people in this audience who cannot possibly think I really mean that. Folks, not only do I really mean it, it's true. Don't blame me if you can't get your arms around that. There are over a million abortions a year. Planned Parenthood supports them and performs them. It's not even controversial to say that what Planned Parenthood is about is abortions and as many as possible...

When I first heard of Planned Parenthood, to show you how the left uses the language, I thought it was exactly what it says: Planning parenthood. I was very young. I was in my teens, early twenties. I thought you went to Planned Parenthood and they would help you plan your family, help you deal with the economics of it and raise a family...

That's not at all what they do. They want people to think that. So when somebody like me comes along and points out what they really do, people say, "No, no, no! That can't possibly be!" Some people don't even want to conceive that that's what they do, but it is. This is the cross that I bear: Bringing the truth to people that they may not want to hear. Therefore it makes me "divisive." -- emphasis added

Ah, Rush, you were so naive when you were young. You imagined that Planned Parenthood  helped you get a job and manage your money, maybe get an affordable apartment or house for your family. But delaying having children wasn't part of your vision for how to plan your family. To think, PP manipulated language to make you think they are a helping organization. And all the time, they're only about abortions. Thank God for Rush, and his willingness to bear the cross and tell the truth. I hope he can continue with his sacrifice and his truth-telling mission... all the way to the bank, since he isn't going to earn any honesty awards. 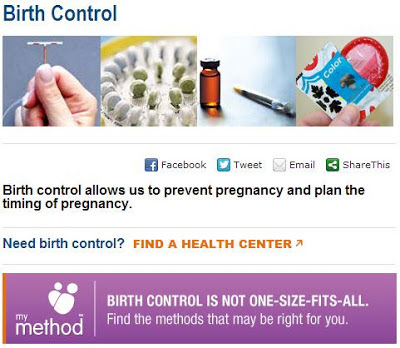