I'm a scientist by background, training, and temperament. One tenet of science is hypothesis testing, which means making an educated prediction (guess) about an outcome, and then observing whether your guess was correct.

In life in general, having good predictive powers is helpful in many ways, but especially for avoiding nasty consequences. In politics, good predictive powers don't seem to matter much--pundits and politicians are always promising or predicting stuff that doesn't pan out, yet they maintain their professional status. This is annoying to me as someone with a scientific bent. Why aren't those with poor predictive skills drummed out? I mean... uh, they keep getting it wrong! They're screw-ups, so who would want to listen to/vote for them? But politics is more complex than science, and it isn't done by the same rules.

With that long introduction, here is my attempt at an honest appraisal of my predictive abilities for the calendar year 2012.

Voting for a Mormon, 3/27/12. I predicted that we wouldn't see a decline in voting by Bible Belt Christians in the presidential election. I think I was mostly right. Many Bible Belt states, like Virginia, Iowa, North and South Carolina, had increased voting over 2008 or tiny decreases. However, Kansas, Oklahoma, Missouri, and W. Virginia had declines of approximately 5% in turnout, so those states might have had some effects from evangelicals abstaining from voting. A few states with strong libertarian strains, such as Alaska and Michigan, also had strong declines. (0.5 points) (Source for election statistics here.)

Predictions about mistakes Romney's campaign wouldn't make, 4/1/12. I predicted he'd pick someone solid for VP, talk about tax rate cuts but be vague on details, resist calls to take more conservative positions, and run a cool-headed campaign. I judge that I was mostly right but wrong in some aspects of the style of campaigning. (0.5 points)

The outlook for the Dems keeping control of the Senate, 4/2/12. I said it looked bleak. Wrong! Good primary picks for Dems and dreadful picks by the GOP primary voters helped the Dems gain Senate seats. (0 points.)

Regarding the sequester, 7/27/12, I predicted outrage about the listing of the cuts, then a calming period and eventual acceptance. The cuts were detailed in mid-September, and didn't prompt waves of outrage. It was campaign season and partisans/the press had other fish to fry. Bingo on eventual acceptance, though. (0.5 points)

The campaign coverage will be about gaffes, 8/23/12. I think I got this one wrong. The campaign did become less serious at that point, but turned back to important issues, though at a level I found too superficial. (0 points)

On 10/21/12, I predicted no game-changers in the final two weeks. Some Republicans think that Hurricane Sandy was a game-changer that sapped their advance, but there's not much evidence for their supposed 'advance.' Too easy for full credit. (0.5 points)

Predictions about the fiscal cliff outcome, 11/12/12. I almost nailed this one. Deal will come out the Senate -- check. Boehner will drop his pretense that he won't budge -- check. Dems will include a sunset provision to give themselves a leverage point in the future -- er, no. I got it mostly right, so I'm going to round up. I had another post about how quickly the GOP would capitulate, but I won't count that since it's on the same topic. (1 point)

I declared Grover Norquist among the walking dead, 11/24/12. Yes, the House and Senate didn't do what he wanted, but it's too early to know if he's truly defunct. We'll have to see if he has any sway in House and Senate elections in 2014--a long time to wait. I'm not counting this either way.

Fox News will move to a more realistic conservative center of gravity, 12/5/12. Shoot, I haven't checked back on this. Let's throw this one into the "check back later" pile. I also need to define what I mean by a 'more realistic conservative center.' I'll post on it... sometime after I've gotten to reflect and sort between what's possible versus what's wishful thinking. 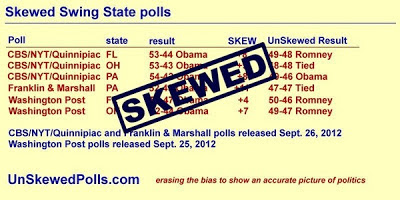 Posted by ModeratePoli at 8:09 PM