Last month I wrote about the suspension of politics except for a few important side issues like immigration. I still think I was right, at least in many ways. I never meant to imply that Dems and Repubs would stop complaining about one another--that's as inevitable as death and taxes. But I was right that no major issues are being discussed.

For example, what was the biggest issue on the budget front? Well, a small tweak to the sequester that prevents furloughs of air traffic controllers so that the airline schedules don't suffer. Are we even talking about a billion dollars there?

So, this is our budget outlook for the foreseeable future: no major changes. Budgets not tied to inflation will be flat. No new spending initiatives. No new savings initiatives. No new taxes. No tax reform. No taking a scalpel to the budget. No reform to Medicare or Social Security except what's already baked in the cake. No Dem wishes, no GOP wishes.

As I said before, I'm satisfied with this. I don't trust the current crop of pols to do a good job on any kind of reform, so we're better off if they restrict themselves to fixing what is obviously broken. Fix the flat tire, but don't mess with the engine.

We are now on a trajectory to have lower deficits. That's due to the Tea Party House Republicans, who forced spending cuts, and due to the 2012 electorate who didn't hand power to the GOP, and thus allowed many of the Bush tax cuts to lapse.


No Gain, But No Pain
I'm not the fastest to see this coming. Back in 2011, an Atlantic commenter named steveinch pushed the idea of no cuts, but also no spending increases. I was hot for some cuts, but eventually I saw the beauty of his plan. It would be more politically palatable to hold the line on spending than to find the places we could safely cut. With the sequester, we have something fairly close to his plan.

I think the budget next year will look a great deal like the budget we have now, primarily because no other budget deal has a chance of passing.

As for other issues, such as background checks (small potatoes, really) or immigration (a big issue), they have almost no chance either. Congress will get one big thing done this year--a status quo budget. That is all. Everything else will be small, and not a whole lot of small things either. 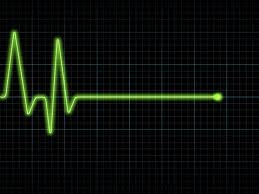 Not to quibble, MP, but there's a suspension of policy, not politics. The current budgetary impasse is all about politics. The GOP clearly wants the economy to languish because a) a good economy will allow President Obama -- and by extension the Democrats -- to claim credit for it in the 2014 elections; and b) they can try to blame weak economy on President Obama to win the Senate and perhaps pick up seats in the House.

This is the natural result of the GOP having power but no clear responsibility. It's plan with some risk, however, as they discovered in 2012. They thought a weak economy would doom President Obama against anyone and they would pick up the Senate. Wrong. They lost all around.

If the economny continues to stagnate, I suspect that the Dems will effectively tag the situation on GOP stonewalling and the GOP arguments in favor of austerity. If that's the case, Congressional races in 2014 could be a referendum on the GOP, since they definitely prefer things as they are rather than having things change. And nobody convincible person thinks President Obama WANTED the sequester or wants it to continue.

So the 2014 message from the Dems will be: The GOP demanded austerity and it's sunk the recovery. Dump those bums!

The GOP 2014 message will be: President Obama's agenda killed the economy. Put us back in charge!

I agree completely with Dangerous. Policy is at a standstill at the moment, which is no surprise. Policy goes in spurts. Politics has not lessened on whit, and is probably even accelerating in some ways. Policy will likely remain frozen, barring major world events, for a while. Politics stop? Oh my goodness no! Politics continues always.

All of which means that when the dam breaks, as it inevitably will, the policy flood will be very impressive. if it is in the GOP direction, we will likely see major changes in entitlements. If in the Dem direction, probably most likely education policy.

When will the dam break? Not before 2016 or after. But in the meantime, oh my gracious will politics get faster and more viscious! The lack of money and the rapid aging of the population all but guarantees it. If you think things are nasty now, I suspect in a few years people will be openly saying things that will make the tea party look ... Like a tea party.

@Dangerous, I don't think the parties will be able to run on the messages you predict for them.

The Dems can't claim that the GOP demanded and got austerity because we're not spending less, nor has the budget been whittled down to anywhere near its 2007 level. It's pretty stuck at 2009 levels.

I don't think the GOP will try exactly the same message they lost with last time, but I could be wrong since they can't seem to produce any other message.

The worst thing that could happen is the Dems getting control of the House. Then their own overreach would likely to do them in. But I don't see that happening, so the Dems won't be able to sabotage themselves.

Stalemate has its advantages, such as the crazy extremes being locked out. Plus there is the gerrymander lock that the GOP seems to have on the House. I just don't see any source of change.

As for my choice to call it a suspension of politics, obviously I don't see this as a golden era with no public discord. But I see us frozen with no political changes at the national level. No innovation in the political realm, no new ideas, just the same stalemate and the same talking points. That's more than no changes in policy.

Oh my, MP, you really don't like either of the parties, do you? In a counterintuitive way, maybe you should work for one of them? Sit on committees, knock on doors, run for office even? If you really are so very alienated from American politics at the moment, the only way to change the problems you see is through one of the party organizations. The parties run the show, and kibbutzing from outside, no matter how true or insightful, isn't going to get them to change. You have often expressed admiration for Clinton. Aren't there some Clintonian organizations you could work with? Be warned, as I have observed Obama really does occupy the Democratic center and complaints about him being too far left will win you little sympathy or influence. On the other hand Hilary is probably gearing up for a run. I suspect you would find her more left than you would like, but it might be an opportunity for you.

@Anastasios, thank you for your concern about my dissatisfaction with political parties, but I can assure you that it would only rise if I was involved in my local party organization. A close relative tried to remake her local Dem organization, and had some success, but at the cost of a lot of time and the disappointment of seeing it go back to the typical machine operation.

I'm aware of my options in political actions, and I exercise the ones that I think will have the largest payoff.

On the other hand, though I'm cynical about the parties, I'm also not expecting anything close to perfection. I don't belief in the perfectability of people or our political institutions (or that I'm right on most issues). I'm actually relieved that no party controls the federal government--it's got its downsides, in that we may not be able to improve our immigration policy even at this most ripe time, but the advantage is that it prevents the wilder policies too.

As for Obama, I don't think he's out of step with his party activists, but he could capture more general support if he was further right. I think Clinton would probably be a little more restrained on social spending, but I worry that she is more hawkish on Middle East conflicts. I actually like Biden the best on war issues, but I don't know if he can manage a successful, non-embarrassing campaign.

I hope it doesn't bother you too much that I complain from the sidelines. Even if I was working in a party organization, I'd still have the same critique. I hope I don't have the tone that our politicians are just a bunch of idiots and I could do much better. That would be out-of-line because I haven't tried to run for public office, with all the attendant difficulties.