Short: No politics for the foreseeable future

Politicking has been suspended. That is, everything is suspended except for a few important issues like immigration reform, and those issues are being left in the hands of the few who still know how to bargain, converse, and compromise.

I'm actually happy about this, but it means that I won't be posting much, which is fine too. I don't live for political brawling and never have. I'll enjoy the peace and quiet and freedom from petty political squabbles and government meddling. It already feels great.

So the next question is: How long can this peace and quiet last? I think it will last quite awhile, through the next debt ceiling vote, and even through the 2014 fiscal appropriations. We'll have a surprisingly quiet budget season that non-partisans will be able to snooze through. Maybe it will pick up with the midterm elections, but it might not even then.

I'll make a promise now. In one year, I'll wake up, come out of my burrow, sniff the air, and do the pundit thing again. Maybe I'll predict another year of  "No politics." But I have every expectation of being able to stay quietly in my burrow for the next year, and not being rousted out by political tumult. I may on occasion emerge to take a quick look around and enjoy a particular bit of comedy or drama, but it won't be often. I'm going to cherish this quiet time as much as I can. 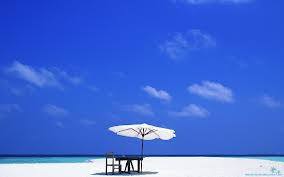