I remember well when the grisly story of the Philadelphia abortion clinic of Dr. Kermit Gosnell broke in 2011. My main source for news, NPR, didn't sugarcoat the story of the doctor who performed late-stage abortions, killing the babies who were born alive. His clientele was largely poor blacks and immigrant women. His facilities were horribly unhygienic. Unsurprisingly, no one rose to his defense.

Fast-forward to now (April 2013). A cause celebre among the conservative media is that the MSM is covering up this story. Um, how?

Well, don't you know that his trial is going on right now and the MSM isn't covering it? No, I didn't know that. I know that the Jody Arias trial is going on. She used to be a stunning blonde, but now she has dark straight hair, glasses, a mousy look, a terrible memory, and multiple versions of how her lover ended up dead. That's what I know about.

I suppose this shows that the MSM could transfer a fair amount of resources to covering other more important issues, such as Dr. Gosnell's trial, but that doesn't make it a cover-up.

The accusation of cover-up started with one reporter: Kirsten Powers of Fox News writing in USA Today on April 11. Then the chorus from like-minded conservative media outlets snowballed. What they don't mention is that the conservative media was hardly reporting on the trial either. HotAir started its trial coverage on April 9, not when the trial started in March. Breitbart's coverage is somewhat better, with spotty coverage in March, but the real explosion beginning on April 12.

It looks to me like no media outlets were covering the trial very well until Kirsten Powers cided the MSM, and just the MSM. No bias there.

She definitely had a good point. The trial deserves a lot of coverage, and it's now guaranteed to get it.

The report from the grand jury that indicted Gosnell is very readable and fascinating. A few observations:
That is the only good news from this sordid story. 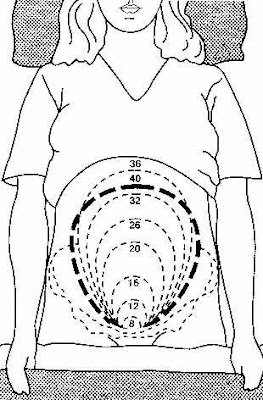 Postscript. This isn't anywhere near full coverage of the complex topic of abortion. If there's a lot of interest, I'll set up some open threads.
Posted by ModeratePoli at 1:37 PM

I live in the Philly area, MP, and I can tell you that there is plenty of coverage locally, because it is a local story of what seems like a truly heinous person. There is daily reporting on the local TV news (when I watch it which is rarely) but KYW News Radio, the most listened station in the area and all-news, has coverage of testimony without editorial adornment.

The fact is Gossnell is a scummy and crooked doctor. If he had been a dentist instead of an abortion doctor he'd be the same. He will be subject to due process and justice will be served. A good point has been made the making abortion illegal or difficult to get will spawn more Gossnells, not less. The Right's end-zone dance seems strange to me.

If other MSM don't cover the story it will be because their audiences won't care and will change the channel instead of facing the grisly reality of the testimony. He's primarily being prosecuted for criminal negligence for being a bad doctor and killing patients, not for doing abortions.

I agree that Gosnell is very scummy. I worry that late-term abortion may be a magnet for scummy doctors. It's hard to judge on the basis of one case, but there's a Dr. Carhart who did an abortion of a 33-week fetus and the mother died this February. I'm guessing that there is a lot more to the story. It's likely the abortion was performed due to a severe defect.

In reading about late-term abortions, I can see it's a fraught operation, and probably should be performed only in a hospital, not a clinic. Of course, that means that hospitals need to be willing to be the site of such operations. I don't know how many hospital administrators are brave enough considering how much abortion is targeted, even abortion performed for very good reason.