It's a strange phenomenon. Leftists seemed to hope the Boston bombers weren't Islamist terrorists. Their preferred villains are white supremacists or anti-government militia types. Rightists want the bombers to be Muslim.

This is curious. I can understand why you don't want the perpetrator to be in a group you identify with, but why does it happen when group identification isn't the issue? There's so much space between conservatives and any militia that would bomb a parade, why should they care?

Why? Because... it's the narrative! Who is going to win the narrative, who is going to get the better narrative out of the event. If it was Muslim terrorists, the conservatives can say that we shouldn't have all these Muslim immigrants, and look at what the tolerance gets us. Or maybe they say something else--I really can't speak for the conservatives because I've never been one.

If it was a militia type/white supremacist, the liberals could talk about how the subtle racism in conservatives (dehumanizing welfare recipients, bashing government programs) fosters the much more virulent, violent distrust of government, blah, blah, blah.

I have an idea. Let's not score points over terrorism. Let's not be gleeful that the other side will have mud on their faces. By all means we should talk about how it happened, what sort of preventive steps we could take. But let's refrain from hoping a certain group is responsible. I wish none of them had executed those acts. No narrative is worth those lives and limbs. 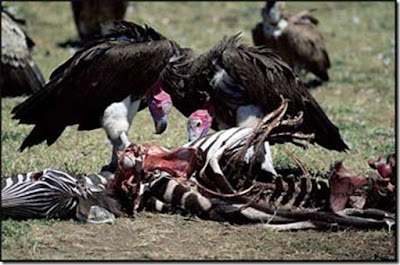 Posted by ModeratePoli at 11:49 AM

The facts are pretty clear that the bombers are, literally, Caucasian Muslims, which is such a mixed bag for both Right and Left that I suspect that, lacking any close ties to some extremist Islamic group, the Right will invent reasons to score points and the Left (including the Obama administration) won't have the guts to call them out on their fabrications.

So the Right will score their points, but only with their own side. And the Left will shake their heads and lamely reply, and most people will realize that this was just another in a series of random acts of violence for personal motives.

That, and law enforcement did just a tremendous job of tracking these guys down before they could do more damage. I thought it would take weeks, but they combed through the evidence and identified and caught the right guys in days! And they did it despite the media attention and political pressure.

Whether or not a person is in the US legally, illegally or is homegrown isn't the point when they've done something horrible like this.

Whether or not a person has or doesn't have the right permit to own a certain gun type or that they did or didn't use large ammunition clips, is the same kind of looking to shape the wrong story.

I understand that gun control and immigration are complicated issues, with valid and defensible points on each side, but hoping that the other side of an argument will have to carry the shame of being associated with this type of action is miserable. And it has salted the earth in such a way that makes compromise and reaching agreements near impossible.

@Dangerous, yes, I know it's a vain hope that people won't try to score points or spin. I'm not sure why I noticed it more than usual this time. I think it may be because I saw so much spin with the previous week's big news story--the trial of Dr. Gosnell.

In that case, pro-life proponents were spinning it as "all abortion doctors are like this" and "people will finally see how horrendous abortion is." By that, they meant all abortion, but they used the imagery of late abortion to push it.

Pro-choice proponents were in a very weak defensive position, but managed to pull out the argument that poor access to early, safe, hygienic abortion is the problem.

So I was more attuned to the blame-shifting when this bombing occurred. The rush to label it was unseemly.

My private guess was that it would be Islamic-related, but that is because I have a rule of thumb: on the east coast, these types of incidents (bombs) are Islamic terrorist because of their higher populations here. In other parts of the country it's more of a toss-up because they have significant militant militias or white supremacists, whereas the east coast doesn't have many. This just followed the rule, but I wouldn't have to backtrack if it had been otherwise because I don't have a narrative that depends on certain groups being the bad guys.

@truth, you and I know that one single incident doesn't prove a general point. But I swear that 60% of commenters on the web don't get that, and they become insufferable when they think something can be pinned on the other side.

What I found the most unbelievable were the comments here saying that Massachusetts showed us the police state our country is becoming. It's such a polar opposite from my reaction, which was how hard the police worked and how correctly cautious the townspeople were. With a crazy, dangerous person on the loose, no one else got killed. That is good policing in my book.