I was extremely pissed off last year about Kevin Williamson's lying piece about how the GOP was so great on civil rights and the Dems (all of them mentioned by name) were horrible.

Well, Williamson has another one. It's not as bad this time because it contains an interesting story about Goldwater helping with desegregation--and all these stories are worth knowing... when they are actually true. But Williamson isn't content to tell the true tales of the good GOP, he must bash each and every Democrat. So Lyndon Johnson isn't the president who pushed for the Civil Rights Act of 1964 and the Voting Rights Act of 1965. No, he "was gutting anti-lynching laws and assuring Democrats that he would offer those 'uppity Negroes' 'just enough to quiet them down.'"

The gospel according to Williamson is that Dems never did anything to help blacks gain their civil rights. AND THAT IS A CONTEMPTIBLE LIE. Did I ever say that I HATE LIES? I think I did. 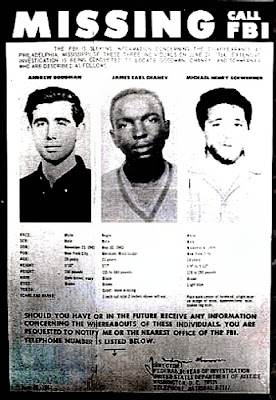