Moderating forces and their opposites

I'm a moderate and I want a moderate political party. Why isn't there one I can join, goddammit?

I asked this question on a recent 'question day' that Jonathan Bernstein hosted. His answer is that forces within a political party are more often centrifugal (fleeing the center and moving toward one side). People get involved in parties because they really want a particular policy on an important issue. They are passionate, and they pull the party that way. The non-passionate aren't involved, don't vote in primaries, and show up only at the end--at the general election. Then the moderates are disappointed with the choices, but they weren't involved in earlier decision-making, so maybe they shouldn't be complaining.

It's true. I'm a member of a political party, but I'm not exerting myself in an attempt to pull the party in my direction. I suppose I shouldn't complain, but I still will. Maybe I'll start thinking about how to get involved in my party and push them in my direction.

Luckily, there are moderating forces that act on parties. Hooray!!! Nate Silver writes that parties become more moderate in their candidate selections after they've lost a few too many election. Yes, they wise up, stop listening to those passionate wackos, and choose someone less frightening to the center. Why does it take a bunch of losses? Why are the lessons unlearned after a few wins? I don't unlearn lessons.

Or maybe I do... Perhaps, when things are going well, I forget some of those humbling lessons, like not to be troll, or don't overestimate my value to my employer.

Perhaps I'm starting to understand why parties are the way they are. But I still object. 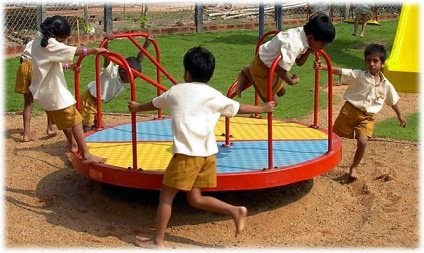 Political parties are marketing organizations that seek to a) make their strongest adherents and donors happy, and b) woo independent and "moderate" voters -- those who don't just vote by party -- to select their candidates.

The media is about attracting an audience, so they play up the outrageous and dramatic to capture that audience, so "moderate" messages don't get nearly the same attention. All they all lie and distort to gain maximum results, just like all advertisers.

Big surprise, the parties know exactly where you stand on everything and try to tailor their messages to have you side with them as best as they can. It's a highly sophisticated process of making sausage, and it stinks and it's artificial and you can't trust any of it. That's just as true for you as for the diehards in ANY political party. This is why so many Dems are upset with Obama.

But there is no doubt that the GOP is better with the wedge issues. They used "either with us or the terrorists" to bludgeon Dems two cycles in a row, and have been using the anti-tax message to bludgeon them in every election on every level, whether they really mean it or not.

Obama and the Dems need to trumpet their accomplishments so much more than they do. Obama's kept us safe and our troops out of wars for six years!! He's saved ten of millions of Americans a ton of money on health insurance and made tens of millions others more secure with theirs!! If you oppose him, then you favor war and bankruptcy for millions due to no or weak insurance.

That's how the GOP would cast things, so Obama and the Dems are really the moderate party, since they accept nuance where the GOP does not. It's a strategic decision -- the GOP occupies most of the black and white space since it's available -- rather than a real ideology for the party. Certain politicians and demagogue have drunk the koolaid, but most would sell their mothers to win an election.

@dangerous, I agree that parties are marketing organizations. And yes, the GOP has generally been better at selling itself. Why is this so? Why would the advantage persist, instead of the Dems learning to neutralize it?

As for Obama and the Dems being the moderate party, there are only more moderate than the GOP. They are still not moderate in terms of Democratic history. In fact, they have turned somewhat left from where Bill Clinton had been. For the clearest example of this, consider how Clinton made a compromise deal on welfare reform, but the Dems cling as much as possible to keep food stamp levels at its higher per person level.