Here is a moderately long article about the financing of ISIS. Does that sound boring? To me it doesn't, but maybe to other people. I always wonder how it is that there seems to be bottomless funding for Islamic terrorist groups. At least for ISIS, this article contains some answers.

In Muslim countries, the problem with funding of terrorists groups isn't well addressed. It seems that enough wealthy people feel that their money is well-spent on armed thugs, as long as they have the right religious persuasion. I imagine that donors hold these views when they aren't personally subject to the thuggish behavior. So I'm left hoping that they either wise up or get a taste of their own medicine (preferably the former).

The financing of ISIS reminds me that some Somali pirates were also well-financed, but with the clear aim of turning a profit. Who would have known that the pirates would be replaced with an even bloodier threat. I hate to think about what's next. 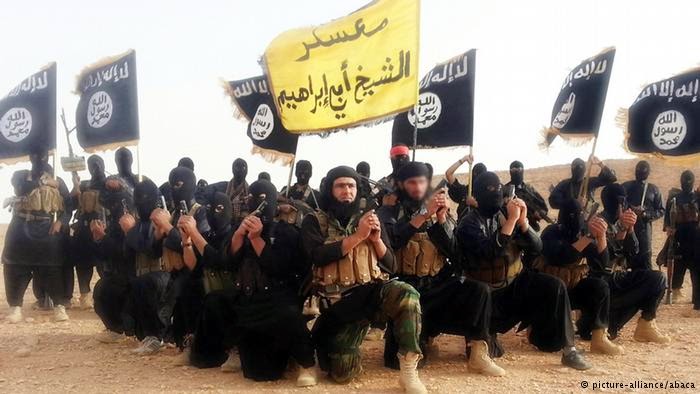 Posted by ModeratePoli at 1:36 AM

Wars cost lots of money, pure and simple. Now what is the greatest source of money? Governments can collect far more than any single individual or small groups of individuals as they collect the money "legally". Governments do not rely on just one or two sources of money in a given region as well. They can tax everything. Governments collect a "little bit" from millions and a few "whoopers" from a few.

America's approach to controlling money from governments to support terrorism entails government on government actions, sanctions primarily. But that action is in the open, unilaterally or collective today through the UN.

But how to control private money used to fund terrorism? That is the essence of the problem it seems to me. The only way to do that is covertly, spying, etc.

My guess, maybe it is a hope, is that American technology allows us to know with some degree of certainty who the private individuals, say in Saudi Arabia, might be that fuel radical Islam. But what we can do about it, legally becomes a big question and I don't know the answer other than outright attacks, illegally, against such people.

@anson, governments in these Muslim countries are not nearly as rights-oriented as we are. I doubt that they have their versions of case law that would restrict them from making certain types of contributions illegal. That is probably what they need to do--make it illegal, and then closely enforce it. However, if it didn't happen after 9/11, what kind of event does it take to get these countries to do that?

Your suggestion of spycraft--would that include punishing people for supporting terrorism? That could be exposing names, persuasion, coercion, blackmail, physical harm, etc. What are you suggesting beyond using spycraft to discover who is paying?

The situation you describe, Moderate, is one wherein GOVERNMENT supports private individuals support of terrorism. Those governments cannot overwhelm a superpower with force, directly, so they use sneaky means to gain power over us.

How do you get such governments to change their ways? I use Iran as the example. We have been trying now for 30 plus years to figure that one out and have had little success in doing so.

Saudi Arabia has been trying to have their cake and eat it as well. Look at Kuwait, a microcosm of the larger Saudi nation. Almost every household in Kuwait his a millionaire household it seems. Both countries want their wealth but still allow the mullahs to hold some sway over the population. What was it, some 56 heads and counting this year in Saudi Arabia have been legally removed. Sure keeps the mullahs happy along with huge government funded support for Wahhabism, world-wide.

America is extraordinarily reluctant to use direct force to control the Middle East. We much prefer economic measures. But huge private flows of money continue to support terrorism and some covert government money as well.

We refuse to "blow up the banks", shock and awe if you will. So how should we restrict the flow of money out of such "banks" from within the Muslim world and democracies as well all trying to survive, economically, like Europe selling centrifuges to Muslim countries as just one example.

If we refuse to literally "bleed them dry", with force, how do we bleed them dry only financially I wonder. Is some sort of force part of that equation?

If you say legal force, well who will exert that force, the UN???