It's a third of the way through August, and I've written only one blog post. Why? Because the Republicans are predictably awful and the Democrats are keeping quiet so that they don't blow it. Nothing much is happening unless you consider what spews from Trump's mouth as something worthy of attention.

I haven't watched the Republican debate yet, but the biggest news from it is whether Donald Trump implied that Megyn Kelly was bitchy to him because she was having her period. This is the actual quote from his complaint the day after the debate:

I doubt that Donald Trump is beyond implying that Megyn Kelly was menstruating, but he's denying the implication now, tweeting that he meant her nose.

This was the biggest story from the debate, as of Monday August 10. That is sad. No wonder there's nothing fit to write about. 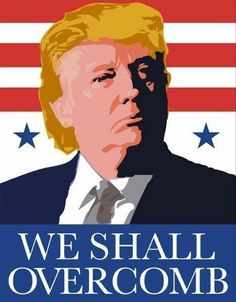 Posted by ModeratePoli at 5:57 PM

Four bankruptcies!! He "took advantage". Unsustainable positions no matter what for a politician.