There's a double dose of stupid going on with this idea. Really, who was impressed with George Zimmerman and/or his intelligence and decision-making powers? George Zimmerman is an advertisement for stupid use of a gun, but I guess the shop owner isn't too smart either.

Or maybe he is. He's getting plenty of free publicity. Maybe he should be jacking up his prices too. All the better to fleece the rubes. 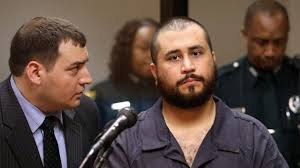 
Update 9/28/15. That slimeball Zimmerman released a picture of Trayvon Martin dead on the ground. What a pig.
Posted by ModeratePoli at 9:37 PM