The rare glimmers of truth from Christie are over. He looked around at who was left among the Republicans. Let's speculate what his thoughts were...


This endorsement is not very convincing to me. But I have to admit that I didn't watch the videos, so maybe Christie sold it to the feeble-minded. I hope Christie ends up writhing in embarrassment well before polling day in November for this little tawdry piece of sucking-up.

In the meantime, I'll leave you with this sentiment (from a Politico article):

Plain words. Right you are. Christie. 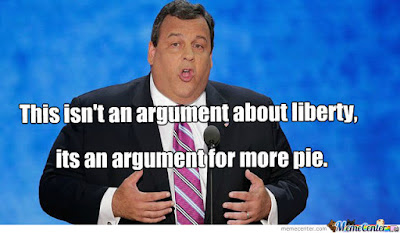 Not created for this endorsement. Remarkably relevant, though.
Image: memecenter.com

Extras. Also good stuff from Slate, ABC, and especially this from NBC. A co-chair of Christie's campaign (who has a very good outside job) isn't saying good things about Trump or Christie. And a picture too good not to share: 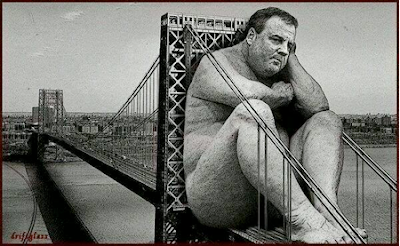 
Posted by ModeratePoli at 3:20 PM