Short: Is a shutdown looming?

The US federal government runs out of borrowing authority on April 29. The GOP, now that they have the House, Senate, and presidency should be able to avoid a shutdown, and they probably will. However, it's a possibility that a shutdown will still happen because of doctrinaire GOPers who refuse to compromise, and the Dems and main GOP group not reaching a compromise either.

The GOP was almost always terrible at extracting concessions from the Dems in these shutdown showdowns. They didn't know what to ask for, bumbled, fumbled, and waited to the last minute, with predictable results (bad--from their viewpoint).

It seems that the Dems are doing better. They want something specific--the continued funding of an important part of ACA. We'll see how it works out. Here's a fairly short readable article about the issues. 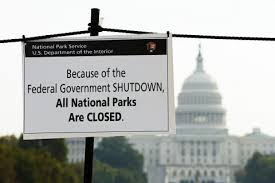 Posted by ModeratePoli at 4:29 PM